British 'spy' was likely running away from someone before his death 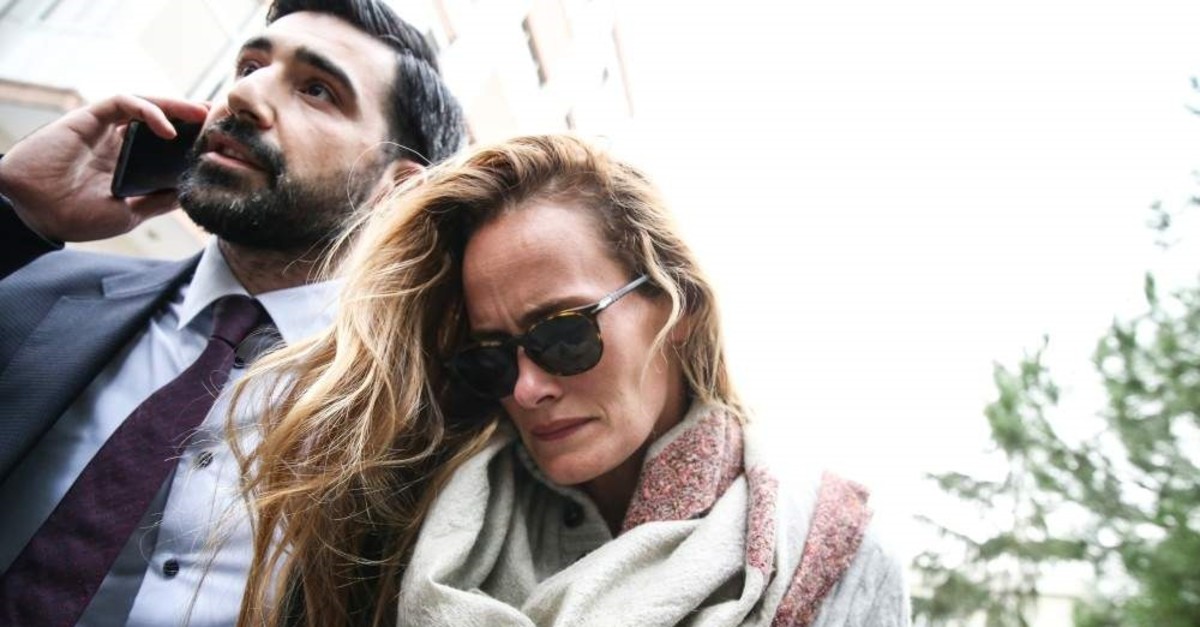 James Le Mesurier, a former British intelligence officer with connections to Syria, might have been running away from someone before he fell to his death in a case that was initially ruled as a suicide, new details show

New photos and details the Sabah newspaper obtained have paved the way for new questions in the death of James Le Mesurier, a former British intelligence officer dubbed as “spy” by Turkish media outlets. Le Mesurier was the CEO of a nongovernmental organization at the time of his death and is credited with helping in the foundation of the White Helmets, a prominent Syrian rescue organization.
The biggest question is why he committed suicide from a height of 7 meters and after walking for 10 meters on a lean-to roof. A possible answer is he was running away from someone before he was found dead outside his Istanbul home on Nov. 11. Police initially ruled the death as suicide though a comprehensive investigation is still underway. It was highly likely that he was running away from someone who broke into his house in the city’s Beyoğlu district and tried to leap on the roof of a building across the street.
Security camera footage from the last hours of Le Mesurier as he was shopping, the first photos from the scene and contradicting statements of his wife Emma Winberg may change the course of the investigation.
The deceased man was wearing the same clothes he wore when he went shopping and when he was found dead. His wife’s statements to police say Le Mesurier took sleeping pills and gave her some as well and intended to sleep in the early hours of Nov. 11. Yet, he puzzlingly did not change clothes and was wearing the same clothes he wore about six hours before his death.
The most striking find in the investigation is that Le Mesurier exited the window of his house to climb up a lean-to roof and apparently walked 10 meters, before falling to his death. His body hit the wall of a historic covered bazaar just four meters from his house. He apparently aimed to reach the opposite building, something a scared man pursued by someone would do, not something suicidal people are usually inclined to do.
Winberg, a former member of the U.K. Foreign and Commonwealth Office, insisted on the possibility of suicide and her testimony contradicted a friend of Le Mesurier. Winberg told police Faruk Habib, a liaison staff for Le Mesurier’s MayDay Rescue, visited him before the latter’s death. Habib told investigators he left Le Mesurier’s home at 6 p.m. after talking with him for about half an hour. Winberg claims he stayed in their house for about two hours. She said she went to bed at 11:30 p.m. on the day of Le Mesurier’s death and her husband took sleeping pills and went to bed sometime between 1:30 a.m. and 2:30 a.m. [about three to four hours before his death]. “I woke up when he came to bed and stayed up until 4:30 a.m. Just as I was falling asleep, he woke up. I took another sleeping pill and woke up when the doorbell rang and the police came,” she told the police.
Winberg said she looked for her husband inside the house and saw his lifeless body when she looked out of the window. Police are investigating now how she was able to wake up about half an hour after she took a sleeping pill and why she stacked a large amount of money inside the house into bags immediately after Le Mesurier's body was found.
Among questions that are needed to be addressed in the case is why Le Mesurier, who intended to sleep, did not change his clothes, did not even loosen his belt or remove his watch. It is also not known why he did not choose a definitive suicidal action to kill himself, instead of jumping from a relatively low height and why he chose to walk along the roof, passing around the air conditioning devices on the roof, instead of jumping to the street directly from the section of the roof closer to his window.
Another possibility is that he might have been pushed to his death from the roof by someone else.
Metin Ersöz, a former intelligence official, says investigation points out that Le Mesurier was conscious when he fell to his death. “Someone falling from a height instinctively tries to put his or her hands and feet on the ground and broken bones on his body supports the theory that he was conscious when he fell,” Ersöz says. On the possibility of someone pushing Le Mesurier to his death, Ersöz says although Le Mesurier’s house was secure, there were many spots on the roofs of nearby stores that would enable someone to break into the house. He also did not rule out that his wife might have pushed him from the roof.
Ersöz also pointed to British media reports on a similar pattern of deaths of people with ties to Russia or investigating allegations about Russian authorities, like journalists Ivan Safronov, Maksim Borodin and Olga Kotovskaya and British property developer Scott Young and lawyer Nikolai Gorokhov. Le Mesurier was the target of criticism by Moscow accusing him of working for British intelligence in Syria.
The last image of the deceased before his body was discovered by police shows he was in a fetal position on the ground, with a pool of blood around his head, his shirt opened wide and his feet bare. Sources say his clothes were removed and his body was turned in another direction after his death though it is unclear who did this and why. According to another opinion of police sources, Le Mesurier may have committed suicide, fearing being branded a fraud amid allegations that he collected a large amount of money allegedly for charity purposes.
Last Update: Dec 20, 2019 2:17 am
RELATED TOPICS