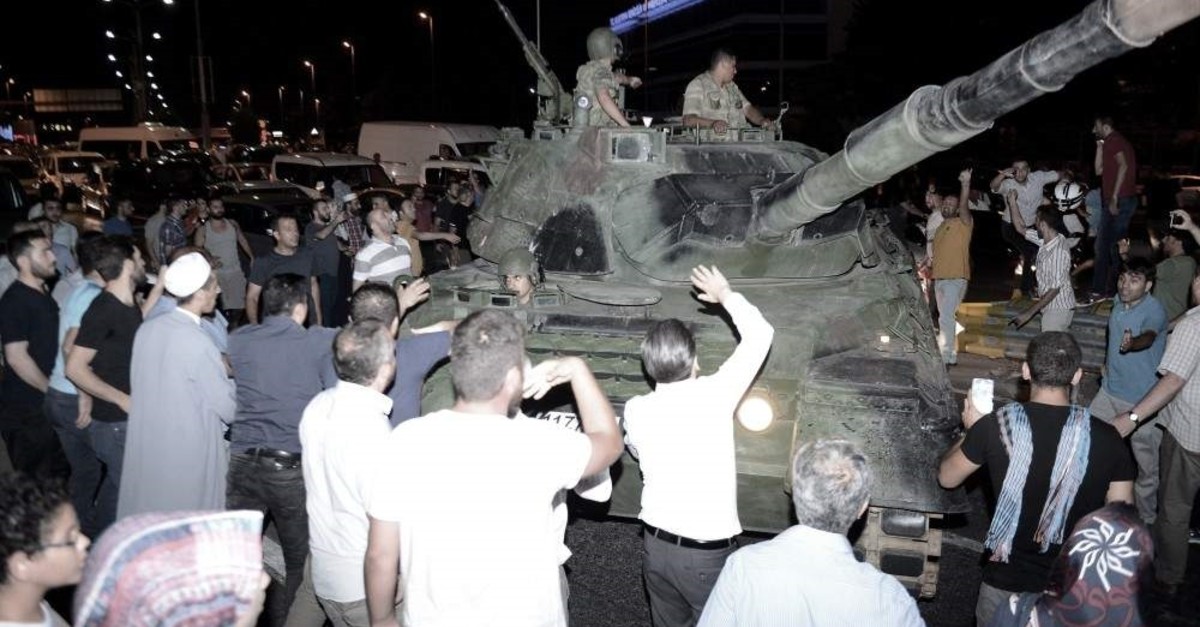 Police in Istanbul captured 22 suspects in operations against terrorist group FETÖ's safe houses, while a court in the city denied release for a U.S. Consulate employee linked to the group on Wednesday

Authorities caught 22 suspects in operations against the Gülenist Terror Group (FETÖ) Wednesday in Istanbul. Elsewhere in the city, a court ruled for the continued detention of Metin Topuz, an employee of the U.S. Consulate in Istanbul accused of links with the group behind the July 15, 2016 coup attempt.

Counterterrorism police launched simultaneous operations against 33 “gaybubet” houses of FETÖ to capture the wanted suspects. Gaybubet means "absence" in FETÖ jargon, and they are used by the terrorist group to hide its followers who have been sought for multiple crimes since 2013, the year when its infiltrators in the police and judiciary tried to seize power in two disguised coup attempts targeting the government. Their numbers flourished after the 2016 coup attempt. FETÖ’s senior names managed to flee abroad before or immediately after the putsch bid by military infiltrators of the terrorist group. A number of group’s members, however, remain in hiding and police occasionally carry out operations targeting gaybubet houses. Authorities say FETÖ members abroad fund the operation of houses so several operations earlier this year were aimed at thwarting FETÖ’s strategy to send money abroad to its members in Turkey.

Security officials said safe houses were under surveillance for awhile as part of an investigation of 30 suspects accused of being senior members of FETÖ. Eight other suspects remain at large.

Police found stashes of U.S. dollars, euros and Turkish liras, worth TL 350,000 in total, in safe houses, along with 43 $1 bills. Multiple investigations have disclosed that FETÖ members carried $1 bills on them as a secret code for members to recognize each other while in the presence of people unaware of FETÖ members. Letters preceding the serial numbers on the bills refer to the rank of the bearer within the terrorist group, according to prosecutors. Most of the military officers involved in the 2016 coup attempt were in possession of $1 bills.

No release for US consulate employee

Istanbul’s 14th High Criminal Court ordered further detention of Metin Topuz – a Turkish employee of the U.S. Consulate in Istanbul – in a high-profile trial delving into his suspected association with prominent FETÖ figures.

In the fourth hearing of the trial, Topuz told the court he has been in detention for 27 months and claimed he was not aware of the accusations against him. He claimed that there was a lack of concrete evidence against him, adding that eyewitness testimonies accusing him were “full of contradictions and lies.” The trial’s prosecutor asked the court to prolong Topuz’s detention, countering the latter’s plea for release. The prosecutor said Topuz was a flight risk and the evidence presented to the court required an extended detention. The judge approved the prosecutor’s request and adjourned the hearing to March 10.

Metin Topuz was arrested in 2017, one year after the 2016 coup attempt that killed 251 people, as part of an investigation into the contacts of former police chiefs, soldiers and a prosecutor probed for a FETÖ investigation. His arrest stems from his regular contacts with police chiefs and the prosecutor who was involved in the terrorist group’s first attempt to overthrow the government in 2013. He was charged with attempting to overthrow the constitutional order – a serious terror crime – as well as obtaining confidential documents regarding state security for political or military espionage. An indictment against Topuz calls for aggravated life imprisonment on charges of attempting to overthrow the government and a prison term of up to 35 years for espionage.