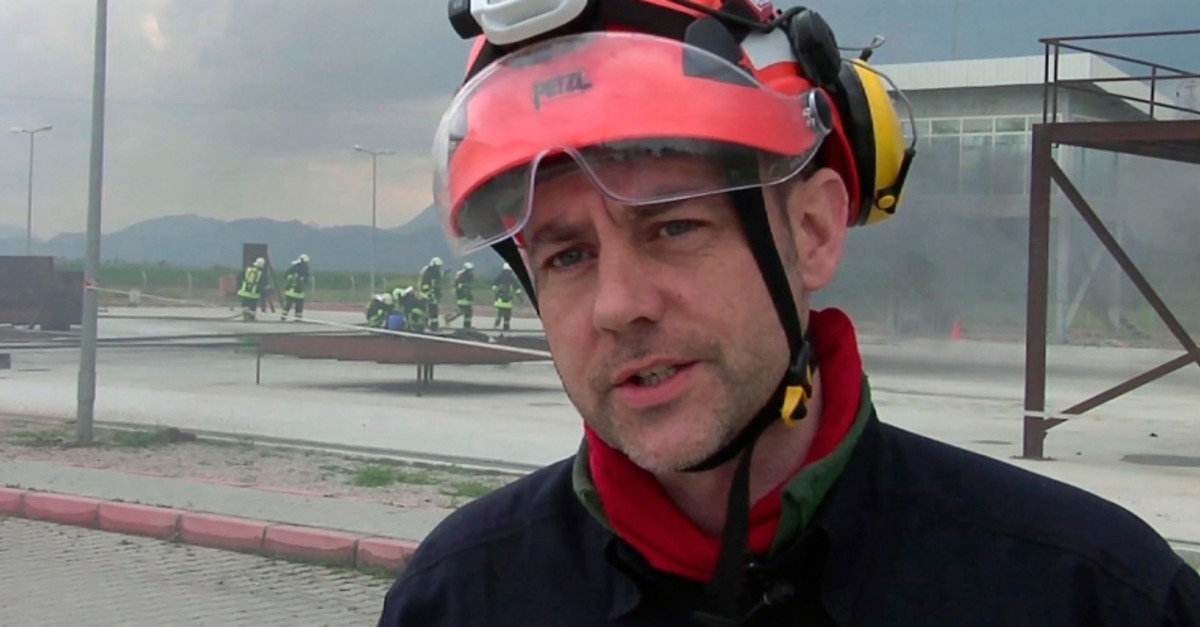 An official autopsy report on the death of James Gustaf Edward Le Mesurier, a former British intelligence officer, hinted that he likely fell to his death. The report released Monday did not shed light on the suspicions of foul play the Turkish media outlets had reported earlier.

The report said Le Mesurier died of general body trauma and internal bleeding, while broadcaster TRT Haber reported that it was linked to a fall from a great height. An investigation is still underway on what led to the death of Le Mesurier in his Istanbul home on Nov.11.

Le Mesurier was heading the Mayday Rescue group at the time of his death and is credited with helping the foundation of Syria’s influential White Helmets group. His wife, who told police Le Mesurier took sleeping pills before his death, was slapped with a ban on traveling abroad following Le Mesurier’s death.

Photos and details Sabah newspaper obtained last week paved the way for new questions regarding his death. The newspaper’s report questions why he committed suicide – as was first suspected by police – from a height of 7 meters, after walking for 10 meters on a slanted roof. A possible answer is that he was running away from someone before he was found dead outside his home, according to the Sabah report. The deceased man was still wearing the same clothes he wore when he went shopping. His wife's statements to police say Le Mesurier took sleeping pills and gave her some as well and intended to sleep in the early hours of Nov. 11. Yet, he puzzlingly did not change clothes and was wearing the same clothes he wore about six hours before his death.