32 arrested for scamming tourists in Istanbul 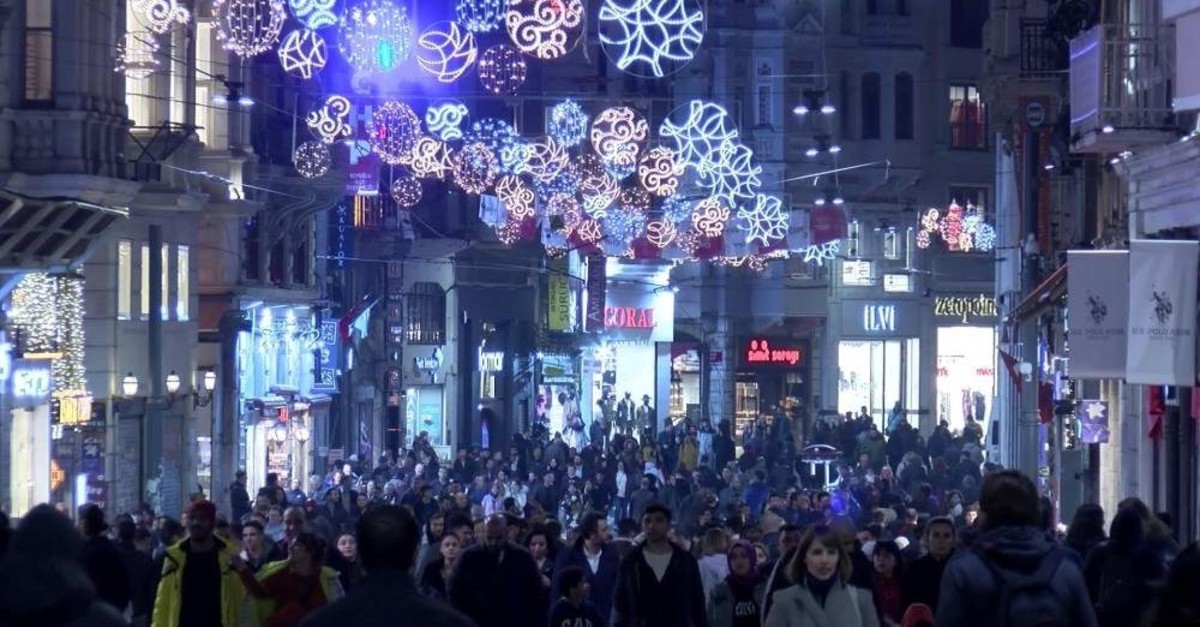 Beyo?lu and its famed ?stiklal Avenue are among the most popular spots for tourists visiting Istanbul from all around the world. (DHA Photo)
by Daily Sabah with Agencies Dec 20, 2019 6:38 pm

Police arrested 32 people on Friday following an investigation into a gang that organized tourist scams in Istanbul. The gang's main method of extortion centered around treating guests at certain night clubs and restaurants before leaving them with a highly over-charged bill. Those who refused to pay up were subsequently beaten.

A probe was launched by police after 28 tourists filed complaints that they were given extremely expensive bills in dining and entertainment venues they were persuaded to visit by employees. An overwhelming majority told police the suspects beat them up and stole their money when they refused to pay. Police followed up the complaints by launching a surveillance operation targeting five venues in Istanbul's Beyoğlu district and found that the gang, with the complicity of business owners, ripped off tourists with the assistance of "hanutçu," or touts, whose job it is to promote and invite passing visitors to help fill the venue.

The investigation found out male tourists had been forced to sit down and drink with "hostesses," but were later charged with the bill for the latter as well. Some tourists complained they had to pay around $1,500 for two glasses of drinks.

Operations are underway to capture 21 other suspects wanted for carrying out the extortion.