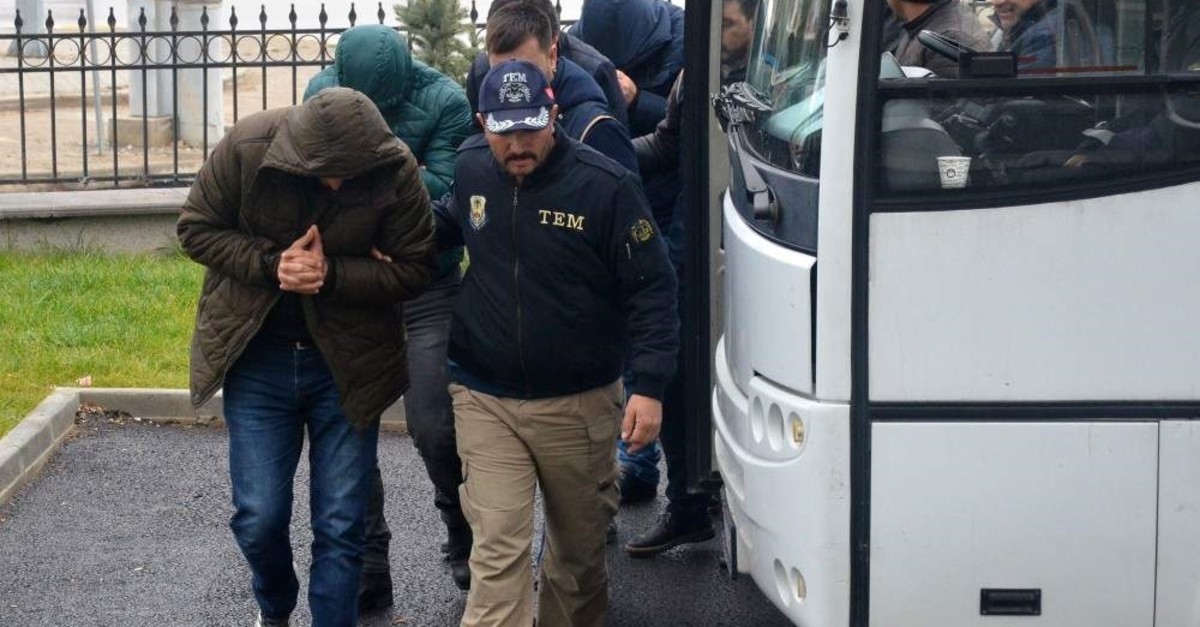 The Gülenist Terror Group (FETÖ) is known for its utmost secrecy and members, even when it was disguised a religious movement, long before its coup attempts, it managed to keep its secret members away from the public eye. Pay phones were one of the methods used to disguise contacts between its members. A new intelligence report shows that the terrorist group turned to pay phones to arrange meetings of its infiltrators in various places and their handlers, as early as 2009. Another critical finding of the report is that the first tip-off on use of this communication method was given to police in 2015, at a time while FETÖ still had high infiltration in law enforcement, eventually FETÖ-linked police officers covered up the case related to the tip-off.

FETÖ posed as a "hizmet" or service movement for years under the leadership of Fetullah Gülen before it disclosed its true intention – to topple the government and create chaos in the country in 2013 with two plots targeting people close to the government. Turkey managed to stave off these attempts and launched operations against the group which was designated as a national security threat. In 2016, the terrorist group tried to seize power again, this time by staging a coup attempt with the aid of its infiltrators in the Turkish Armed Forces. This attempt was quelled too and the group faced heightened scrutiny. Police launched countless operations against the group since the 2016 coup attempt that killed 251 people and injured nearly 2,200 others. Hundreds of military infiltrators were discovered and arrested with investigations into pay phone use.

The investigation into pay phones revealed that the group's civilian members who acted as handlers, regularly contacted military infiltrators through pay phones in public places, thus, kept their contact almost untraceable. Checking security cameras around the pay phones and based on confessions of former members of the group, police managed to detect the links between handlers and infiltrators, dealing a blow to the group's large network in the army.

The intelligence report says the first tip-off about the use of pay phones by FETÖ was filed to a department of the police directorate in Erzincan, a northeastern Turkish city in June 2015. An anonymous informant said that the members of a "parallel structure" [the name given to secret FETÖ network back then] used pay phones in grocery stores to communicate with each other. However, FETÖ-linked police officers covered up the tip-off.

A secret handler for FETÖ infiltrators, who was detained in an operation against the terrorist group, told police that the use of pay phones started some time between 2009 and 2010. Another handler corroborated his account, saying the use of pay phones was "regular" for contacts between handlers and infiltrators. He confessed to police that they minimized the use after the "Dec.17-25 incidents," referring to the terrorist group's first attempt to seize power. "We used to contact through pay phones only if it was an emergency and or as a last resort if we could not reach the [infiltrators]."

More than 9,300 suspects were arrested in the past two years in operations against FETÖ's pay phone users. Security forces have been conducting almost daily raids across the country to capture them.

Most of the suspects are military officers and civilians who were point men for FETÖ, controlling military infiltrators. More than 3,600 among the captured were remanded in custody, while others were released with judiciary control. Almost half among the detained invoked the "remorse law" that allows terror suspects to get away with more lenient sentences if they collaborate with authorities and provide credible information leading to the capture of other terrorist group members.

When the police stepped up operations as part of pay phone probes, infiltrators and handlers sought to do what FETÖ did in a similar operation. A FETÖ handler, who confessed to police, said they were ordered by senior cadres of the group to "give names of people not related to the group" to obstruct the investigation, something FETÖ did in investigations into ByLock. ByLock, an encrypted messaging app developed and exclusively used by group members, was another popular means of contact between FETÖ members but authorities managed to decipher millions of messages sent between the members in investigations before and after the 2016 coup attempt. Often, FETÖ members would secretly install the app into cellphones of unsuspecting people, under the guise of a different app or game, to hinder the investigations. Authorities found out some 11,480 people had ByLock installed on their phone without their knowledge. The handler told police his "superior" in FETÖ told him that his arrest may be imminent and if he faces "torture" in detention to give names of "menfi" military officers instead of FETÖ members. In FETÖ jargon, menfi means people not associated with the group or who oppose the group.

The intelligence report also says FETÖ developed software called Matrix for easy transfer of secret information between its members. The Linux-based software was used for data transfer via memory sticks in Windows PCs, without having to leave traces of transfers in the operating system, thus, avoiding detection. The report says the group is also behind Rainbow, an encrypted database used to store data about plots FETÖ planned against its critics and opponents.

FETÖ, which expanded its clout in Turkey over the past three decades, is known for its wide network of infiltrators in law enforcement, the military, the judiciary and bureaucracy. The state of emergency declared after the coup attempt sped up the crackdown on the terrorist group's infiltrators. Tens of thousands were detained or arrested and dismissed from their jobs in the public sector after the attempt. Some FETÖ members managed to flee abroad, while others are believed to still be hiding their ties to the group. Fetullah Gülen, the U.S.-based leader of the terrorist group, is known for instructing his followers to disguise themselves. Several former members confessed to authorities that senior figures of the group trained them on how to avoid being detected while serving in the army, law enforcement or judiciary.