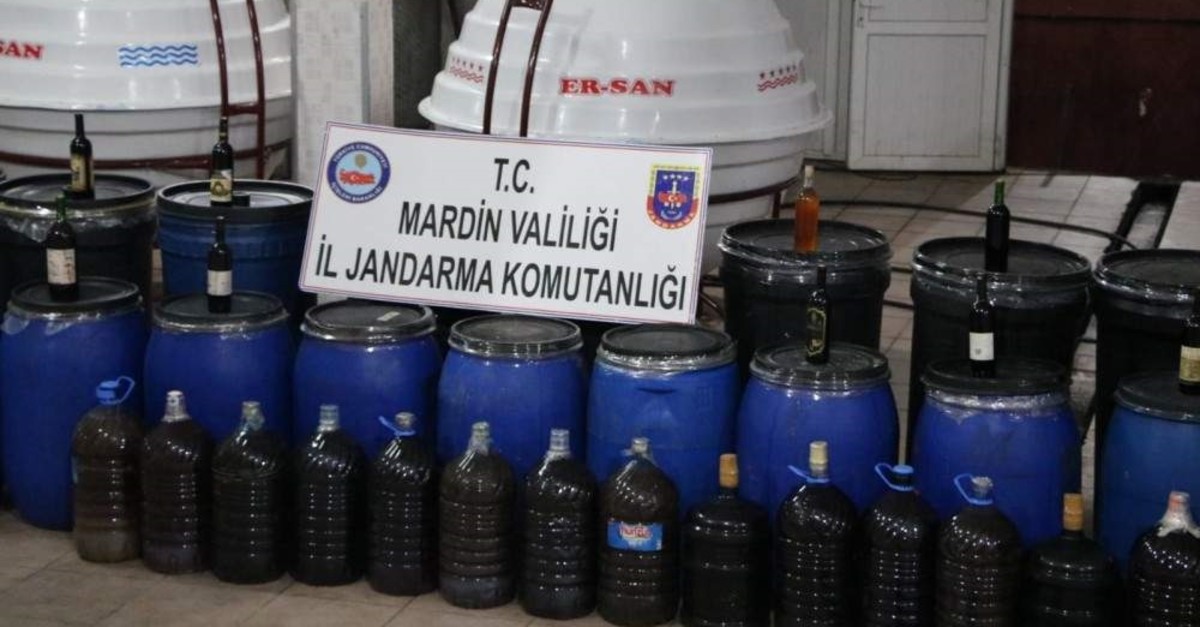 Turkish security forces seized a large haul of bootleg liquor on Tuesday in an operation in southeastern Turkey's Mardin province.

Acting upon an investigation, gendarmerie forces in Savur district raided a property that was used for illegal liquor production.

Over 117 tons of bootleg liquor were seized during the operation while suspects identified only as Z.S., F.G. and M.E. were detained.

The seized liquor had an estimated market value of TL 7 million.

Bootleg liquor made from methyl alcohol caused 27 deaths in Turkey over the course of 2019 and police have intensified nationwide efforts against illegal liquor production as a result.