64 arrested in nationwide operations against FETÖ 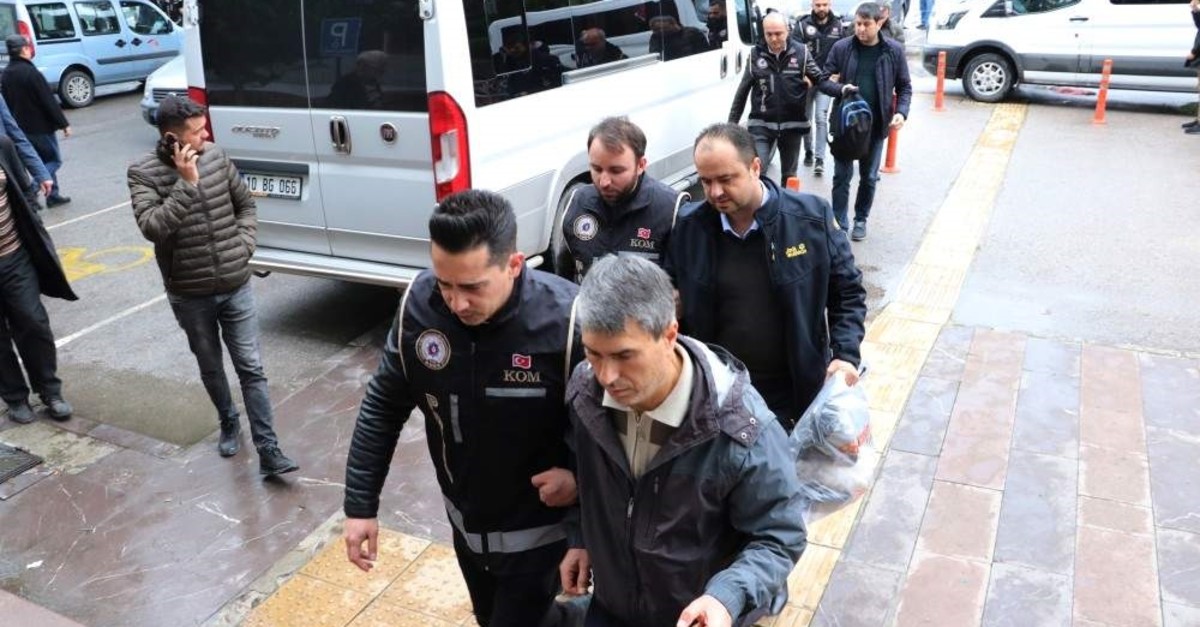 Authorities issued arrest warrants for 131 suspects linked to the Gülenist Terror Group (FETÖ) on Wednesday. Sixty-four suspects were detained while the manhunt was underway for other suspects at large.

The Chief Prosecutor's Office in the capital Ankara issued warrants for suspects including employees of a science body, military officers, public officials and judges.

One operation covered former and active-duty soldiers from the Turkish Air Forces. The prosecutor's office said 22 people, including soldiers and civilians who acted as handlers of FETÖ infiltrators in the Turkish Air Forces, were wanted in the investigation regarding secret contacts between soldiers and handlers. The investigation is based on surveillance and the examination of pay phones that the terrorist group often employs for secret communications. Among the suspects were four civilians, two active-duty soldiers, six soldiers who were dismissed from the army and 10 other officers temporarily suspended from their jobs on suspicion of FETÖ links.

Operations were launched in 12 cities to capture the suspects. In another operation, arrest warrants were issued for 36 people including non-commissioned officers from the Gendarme and one civilian.

In another operation, authorities sought the arrest of 19 people in an investigation into the terrorist group's infiltration into The Scientific and Technological Research Council of Turkey (TÜBİTAK). Twenty-six former public officials were also wanted for links to FETÖ, along with eight suspected users of Bylock, an encrypted messaging app developed and exclusively used by FETÖ members.

Prosecutors also issued arrest warrants for 20 suspects in an investigation into fraud in a judiciary exam. Authorities say the suspects, including former judges, had access to questions and answers for a 2013 judiciary exam beforehand. FETÖ already faces multiple probes in cheating in several exams that they used as a stepping stone for infiltration into the army, judiciary, law enforcement and public sector.

Also on Wednesday, Justice Minister Abdülhamit Gül said they expected Ukraine to extradite a fugitive wanted for allegedly murdering a Turkish scholar who was researching FETÖ. Speaking to reporters in Ankara, Gül said they were working for the extradition of the suspect Nuri Gökhan Bozkır from Ukraine, where he was arrested last week. "Our expectation is that the extradition of this person is in line with international agreements," he said. Necip Hablemitoğlu, known for his research and books on FETÖ, was killed in 2002 in front of his house, but the murder was never solved. In 2015, prosecutors launched an investigation into FETÖ's involvement in unsolved murders in 2000-2013, including the killings of Behçet Oktay, the head of Ankara police's special operations department, judge candidate Didem Yaylalı and high court judge Mustafa Yücel Özbilgin.