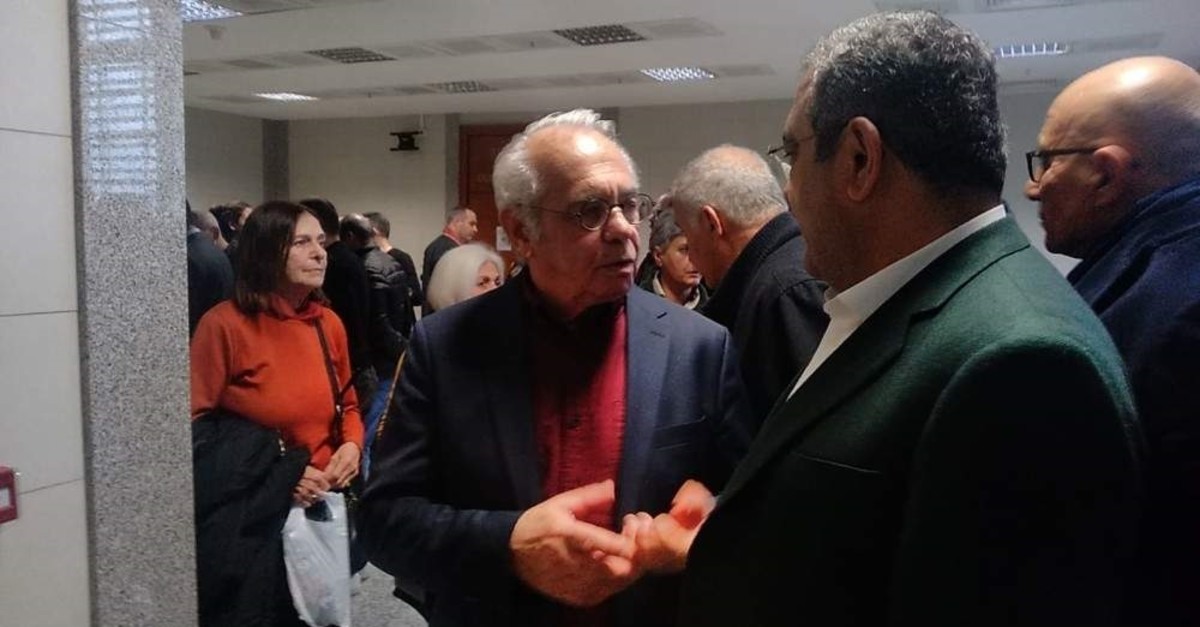 An Istanbul court on Friday handed prison terms to several employees of a newspaper for Gülenist Terror Group (FETÖ) propaganda.

Yücel Arı, Yonca Yücekaleli and Bekir Gökmen Ulu received prison terms of two years and one month. The court ordered a separate trial for the fugitive owner of the newspaper Burak Akbay.

All defendants were convicted of willfully assisting FETÖ while Mediha Olgun, another defendant in the case, was acquitted of charges.

Gökmen Ulu was the reporter behind a story that revealed where President Recep Tayyip Erdoğan was vacationing at the time FETÖ was trying to seize power using its military infiltrators on July 15, 2016.

On that day, putschist troops attempted to assassinate Erdoğan in his hotel, but the president had learned of the plan and left the hotel before the assassination team arrived. Forty-two members of the hit squad were found guilty of trying to kill the president and received life sentences.

Emin Çölaşan is known for his open support for FETÖ's first two coup attempts in 2013, which were disguised by prosecutors and police chiefs linked to the terrorist group as corruption investigations targeting government officials. Prosecutors accuse Çölaşan and other columnists and editors of the newspaper of serving FETÖ’s interests with its coverage.

According to the court ruling, the newspaper was also behind FETÖ propaganda during the 2013 coup attempts where FETÖ-linked police officers leaked documents from a controversial corruption investigation tainted with forged evidence to the newspaper.

FETÖ faces a barrage of trials since its coup attempts in 2013 and emerged in more trials as the chief perpetrator since the 2016 coup attempt that killed 251 people.

Authorities stepped up operations against the terrorist group in the past three years and tens of thousands of people were arrested or detained for links to FETÖ.

On Friday, the judiciary body Board of Judges and Prosecutors announced that 18 judges and prosecutors were suspended from their duty for their suspected links to the terrorist group while an investigation was underway over their relation to FETÖ.