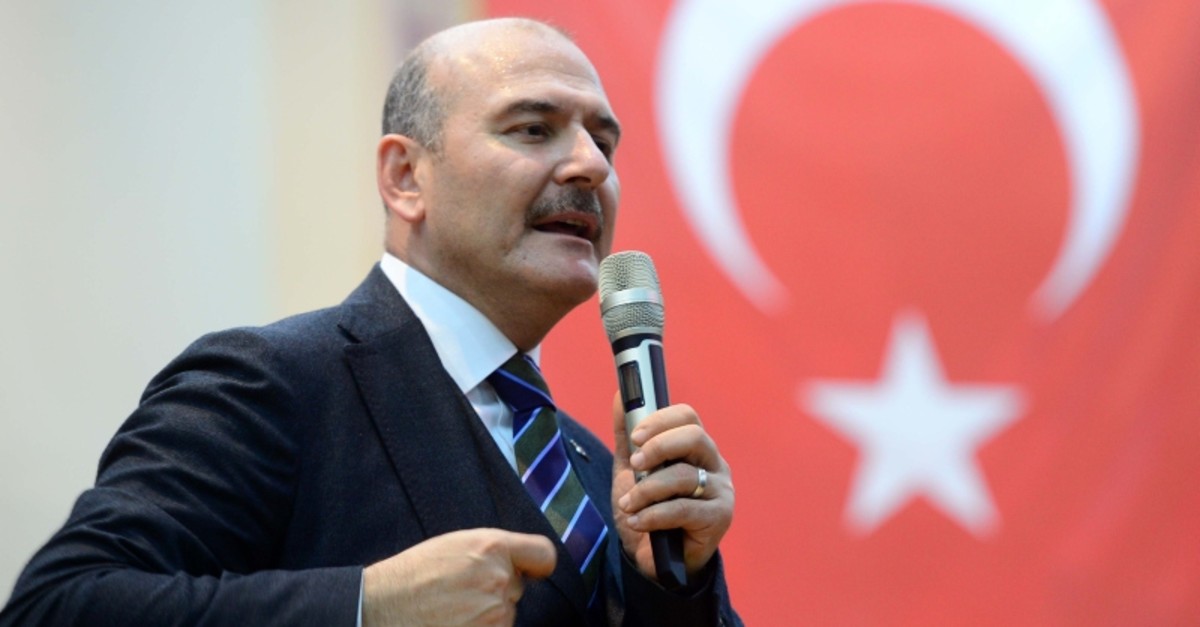 "This year alone, we have seized over 70 tons of food," he said regarding Turkey's efforts to take away PKK terrorists' livelihoods.

Turkey has been fighting narcoterrorism, and this year alone confiscated over 40 tons of marijuana.

Soylu also touched upon the Kurdish mothers' ongoing protest against the PKK terrorist group, who abducted and forcibly recruited their children.

"Their struggle has been as effective as the state's efforts against terror," he said.

The Kurdish mothers' protest started on Sept. 3 in Diyarbakır after a mother, Fevziye Çetinkaya, said her 17-year-old son was forcibly recruited by the PKK through members of the HDP.

The protest is ongoing with some 48 families currently, including five Iranian families whose children have been abducted by PJAK, an offshoot of the PKK terrorist group based in Iran.

Similar events have taken place previously and have continued since the PKK started its more than 30-year terror campaign against Turkey which has caused the deaths of some 40,000 people, including women, children and infants.