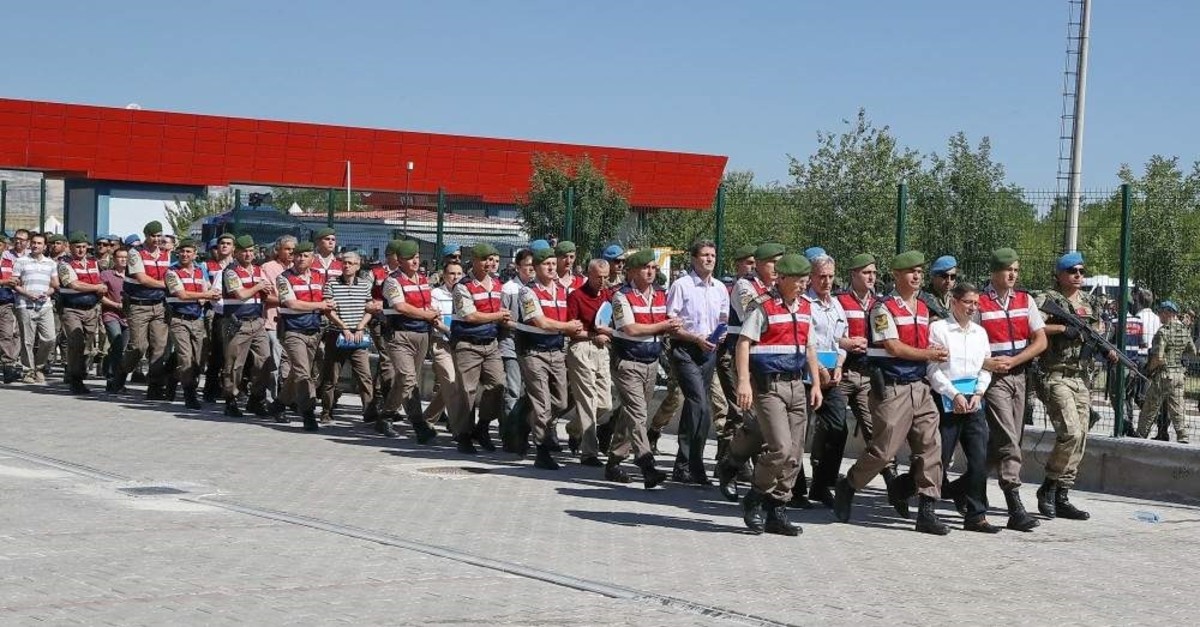 Trials on the 2016 coup attempt by the Gülenist Terror Group (FETÖ) have mostly been concluded, but the courts ended 2019 without verdicts in 18 cases.

Out of 289 cases that went to trial over the brutal coup attempt that killed 251 people and injured nearly 2,200 others, 271 were concluded in the three years since July 15, 2016. A total of 3,879 defendants were convicted, including 2,335 who were sentenced to life imprisonment. Among them were 1,225 who were handed down sentences of aggravated life imprisonment or life in solitary confinement. Courts also sentenced 1,544 defendants to prison terms ranging from one year and two months to 20 years.

FETÖ, which employed its military infiltrators everywhere to topple the government and assassinate President Recep Tayyip Erdoğan, has been the subject of more than 100,000 investigations by prosecutors since the coup attempt.

The government vowed swift justice for the perpetrators but the sheer number of those involved in the putsch bid prolonged the trials.

Among those sentenced to life were 71 generals and 830 officers. Others were low-ranking officers. Courts also sentenced four police officers to aggravated life imprisonment for helping the putschists.

FETÖ is known for its widespread infiltration of the army, law enforcement, judiciary and bureaucracy. It first attempted to overthrow the government in 2013 with its infiltrators in the judiciary and the Turkish National Police. It failed, and the group faced increased scrutiny. When news broke that the military was preparing to launch a mass purge of FETÖ-linked officers in August 2016, the group moved to prevent it with the coup attempt. Strong public resistance ultimately stopped the coup, and most of those involved in the coup attempt were arrested. FETÖ's leader Fetullah Gülen, however, and 12 others, mostly civilian members of the terrorist group, remain at large.

Tens of thousands of people were detained or arrested following the coup attempt and a barrage of trials were launched against FETÖ, both for its role in the attempt and other crimes.

One of the largest trials still without a verdict is the Akıncı trial in the capital Ankara, with 475 defendants. The defendants include 471 military officers and four civilians, who face prison terms ranging from aggravated life imprisonment for their role in the coup attempt to lesser prison terms for membership in a terrorist group.

Akıncı was the name of a major air base in Ankara when the coup attempt unfolded. It was from this base, which was renamed following the attempt, that the plotters allegedly planned and conducted their coup attempt. This was where warplanes and helicopters took off to strike Parliament, an anti-coup crowd near the presidential complex and the headquarters of an elite police unit. It was also at Akıncı, where the top military brass, including then Chief of General Staff Gen. Hulusi Akar, were brought after they were kidnapped by putschists.

By the early hours of July 16, 2016, few putschists were still holding out against anti-coup forces in the base. The plaintiffs in the Akıncı trial include a large number of people, from President Erdoğan to lawmakers, army generals targeted by the putschists and families of civilians killed by the coup plotters.