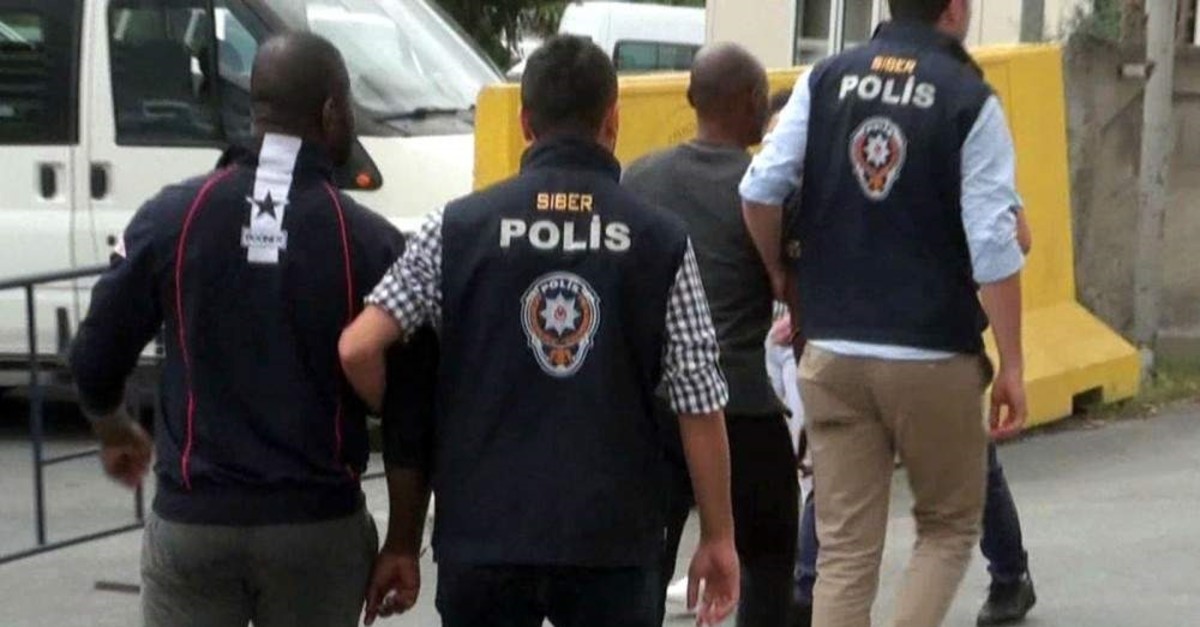 Istanbul police escort Nigerian suspects in another operation against a fraud gang in this 2018 photo. (PHOTO BY EM?R SOMER)
by Compiled from Wire Services Jan 02, 2020 6:19 pm

Istanbul police's cybercrimes unit tracked down the suspects in the Turkey chapter of operations that discovered international money laundering traffic of up to $3.7 million.

The international "Operation reWired" broke up multiple groups, many parties of transnational criminal gangs, running the so-called business email compromise (BEC) schemes by which they steal money being used in payments. The schemes which the U.S. Justice Department said originated in Nigeria, have spread worldwide and led to some $1.3 billion in losses reported worldwide in 2018, double the previous year.

A "sweep" operation from May through to September, with Nigeria's Economic and Financial Crimes Commission (EFCC), "focused on dismantling the most significant cybercriminal enterprises," FBI legal attache Ahamdi Uche told a joint press conference in Lagos, Nigeria, last September.

Business email compromise fraud involves numerous scams. In some of them, the perpetrator poses online and in emails as an official of a company or their international client and direct other employees to initiate money transfers or payments to the criminal's account. In others, they hijack an employee's email account to achieve the same end. The FBI began working closely with several countries including Nigeria's anti-graft agency in May 2019 to tackle online fraud networks active in the U.S.

Turkish media outlets reported that some 100 suspects from Asian and African countries were detained in operations in Turkey and 35 among them were deported to their countries. Others were released pending trial while the police seized a large amount of cash the suspects illicitly earned.