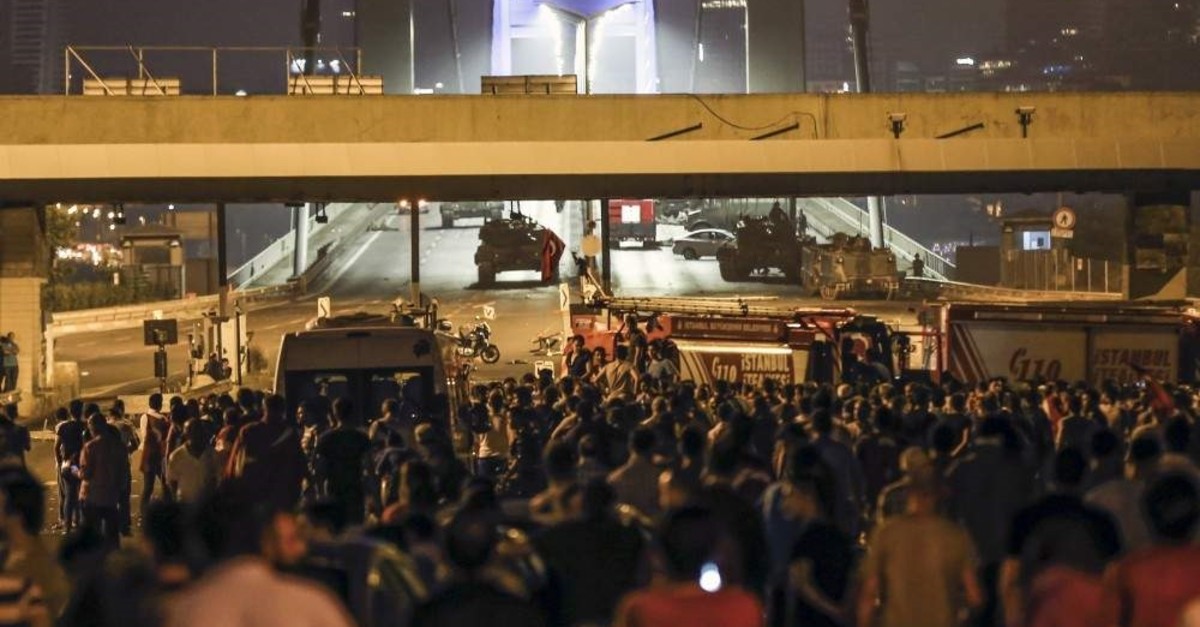 An Istanbul court Friday sentenced 70 defendants to life imprisonment and acquitted two others in a case regarding the 2016 coup attempt by Gülenist Terror Group (FETÖ).

Defendants were cadets of the Air Forces Warfare School and two conscripts who transported them to Istanbul from the city of Yalova on July 15, 2016, to assist the putschists. Twenty-nine defendants were present in the courtroom for the last hearing of the trial that started months after putschists killed 251 people and injured nearly 2,200 people across the country.

Judges initially handed down aggravated life imprisonment with no chance for parole for 70 defendants but later commuted that to a life sentence, based on "good manners" they exhibited during the trials. The court ruled two conscripts, who were released earlier pending trial, simply "erred" as they followed the orders of their superiors, and ruled for their acquittal.

Defendants have claimed their innocence. They have said in their defense that they were not aware of a coup attempt and were told by superiors that they would go to Istanbul to attend a military drill. Prosecutors have called for aggravated life sentences for cadets on charges of violation of the Constitution, a crime with the heaviest sentence, usually imposed for terror-related crimes.

Out of 289 cases that went to trial over the brutal coup attempt, 272 were concluded in the three years. Apart from the 70 cadets, 3,879 defendants were convicted, including 2,335 who were sentenced to life imprisonment. Among them were 1,225 who were handed down sentences of aggravated life imprisonment or life in solitary confinement.

FETÖ, which employed its military infiltrators everywhere to topple the government and assassinate President Recep Tayyip Erdoğan, has been the subject of more than 100,000 investigations by prosecutors since the coup attempt.

The terrorist group is known for its widespread infiltration of the army, law enforcement, judiciary and bureaucracy. It first attempted to overthrow the government in 2013 with its infiltrators in the judiciary and the Turkish National Police. It failed, and the group faced increased scrutiny. When news broke that the military was preparing to launch a mass purge of FETÖ-linked officers in August 2016, the group moved to prevent it with the coup attempt. Strong public resistance ultimately stopped the coup, and most of those involved in the coup attempt were arrested. FETÖ's leader Fetullah Gülen, however, and 12 others, mostly civilian members of the terrorist group, remain at large. Tens of thousands of people were detained or arrested following the coup attempt and a barrage of trials were launched against FETÖ, both for its role in the attempt and other crimes.