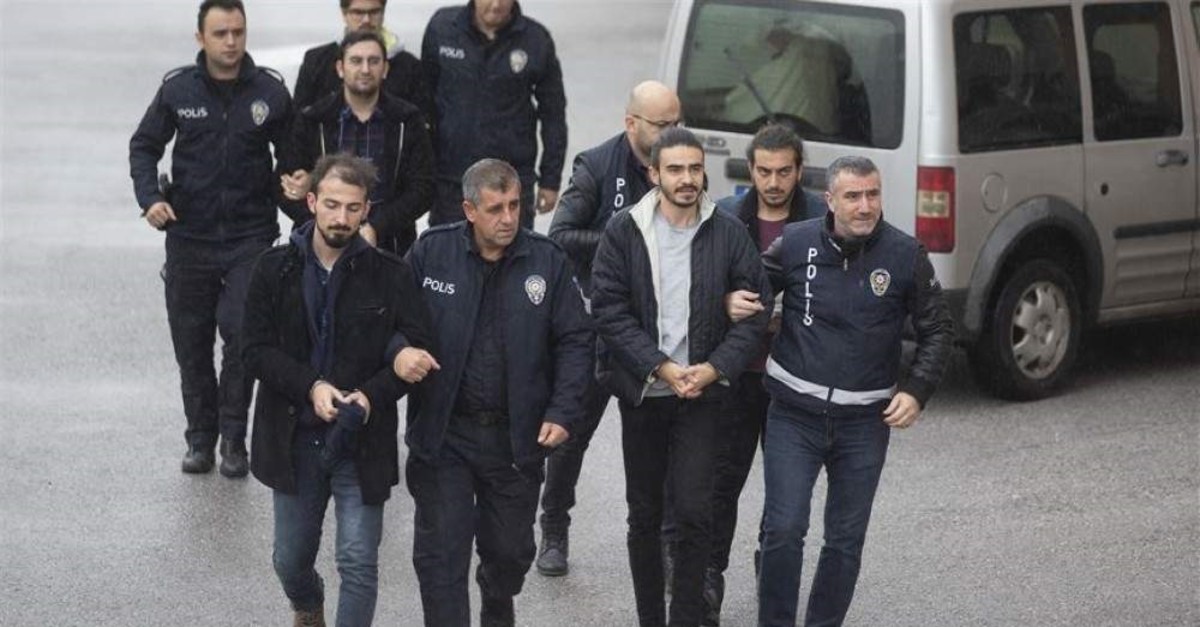 Turkey's border with Greece has become increasingly popular with members of the terrorist group FETÖ seeking to cross into Europe after the group's 2016 coup attempt was thwarted, with 1,086 suspects captured at the border in 3.5 years

When the coup attempt by military infiltrators of the Gülenist Terror Group (FETÖ) on July 15, 2016 was stopped by strong public resistance, members of the group scrambled to flee the country. Greece was and still remains the easiest destination to flee to as a gateway to Europe, where many FETÖ members are tolerated. Within the past three and a half years, 1,086 FETÖ suspects have been caught as they tried to cross the border.

Soldiers patrolling the border in Turkey's northwestern province of Edirne as well as local police in the area stepped up security measures along the border, which also saw an influx of illegal migrants heading to Europe in recent years. Some FETÖ members, like suspects from other terrorist groups, mingle with groups of illegal migrants in order to flee the country.

Official figures show that only 25 FETÖ suspects were caught at the border in 2016, but this number rose to 306 in 2017. Some 471 members of the terrorist group were caught in 2018 and another 284 were captured last year. Officials say some FETÖ members coordinate their escape with members of other terrorist groups like the PKK.

The profiles of fugitives vary, from teachers to judges and prosecutors, from police officers to academics. Among them are important figures like Halil Kumcu, a military officer who was among the abductors of Gen. Galip Mendi, the commander of the Turkish gendarmerie forces, at the time of the coup attempt. Mendi and other top military brass who opposed the coup were kidnapped by putschists as the coup unfolded. Murat Çapan, an executive of a magazine linked to the terrorist group, was also captured at the border. On another occasion, four FETÖ members, including a former police inspector, were caught as they were trying to sneak into Greece with the aid of a PKK member. Among other fugitives who were stopped at the border was Hamza Günerigök, a former presenter at Turkey's public broadcaster TRT. Another prominent name was Yunus Y., who ran FETÖ's network in Colombia, a suspect who was in charge of FETÖ's infiltrators in the Turkish Naval Forces.

Greece is the first gateway for FETÖ members, who usually spend a short amount of time there before moving on to other European countries, with Germany being the most popular destination. Ekrem Dumanlı, the editor-in-chief of FETÖ mouthpiece Zaman, as well as Cevheri Güven, a journalist involved in a plot by FETÖ to implicate a politician in a sex tape scandal, were among those who fled to Greece after investigations were launched against them in Turkey. Dumanlı is believed to be in the U.S., while Güven still resides in Thessaloniki. A Greek court's decision not to extradite eight putschist soldiers to Turkey who fled to Greece the day after the coup attempt is viewed as a move encouraging more FETÖ members to flee to Greece.

Authorities arrested or detained thousands of suspects linked to FETÖ following the coup attempt that killed 251 people. The terrorist group faces operations almost on a daily basis as investigators still try to uncover their massive network of infiltrators everywhere – from military and police to judiciary and bureaucracy. In Friday's operations, 23 suspects were arrested. In Ankara, prosecutors ordered the arrest of 12 military officers, including seven serving soldiers. All were arrested in operations in Ankara and six other cities. They were members of the Turkish Naval Forces and were identified thanks to the statements of a FETÖ handler for infiltrators in the army detained in earlier operations. The handler, who invoked a remorse law that allows terrorist group members to have reduced sentences in exchange for useful information to reveal more members, helped authorities to uncover secret members of the group. Further investigations found evidence against suspects, including their correspondence over Bylock, an encrypted messaging app developed exclusively for the use of FETÖ members and used to relay messages for illegal activities of the terrorist group to other members. In another investigation initiated by prosecutors in the central city of Sivas, authorities rounded up five suspects in the city and four provinces. Four of them were active-duty soldiers. In the western province of Balıkesir, prosecutors issued arrest warrants for six people. The suspects, who were captured in operations in Balıkesir and four other cities, were handlers on behalf of FETÖ for terrorist group's military infiltrators.