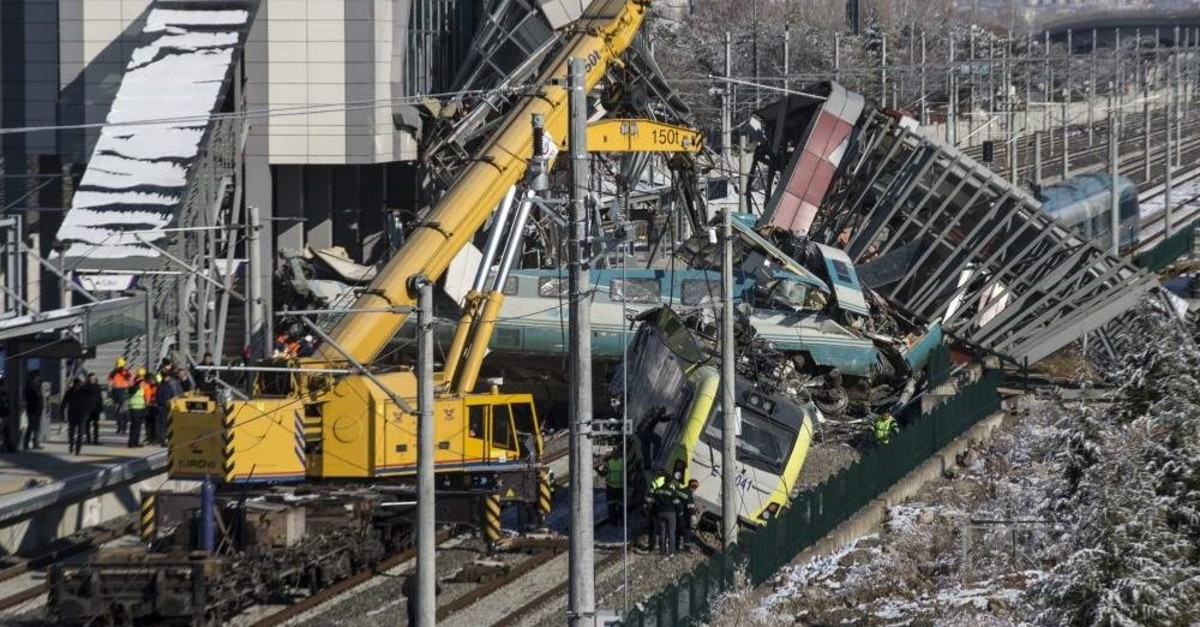 Ten suspects appeared before an Ankara court on Monday as the trial following the high-speed train derailment that killed nine people in Turkey's capital in 2018 got underway.

The suspects, most of them Turkish State Railways (TCDD) employees and officials, are being charged with causing multiple deaths and injuries.

In his opening defense, lead suspect and switch operator Osman Yıldırım said he was normally stationed in Samsun and that he was in Ankara temporarily when the accident occurred, adding that he was not sufficiently trained on the local railroads.

Yıldırım also said unusually cold weather on the day of the accident also played a role in his mistake. "Not having adequate training, working alone and being extremely cold all led me to make a mistake," he said.

Another suspect, dispatcher Sinan Yavuz said he allowed the train to go ahead after receiving confirmation from switch operator Yıldırım and denied any responsibility for the accident.

The trial was adjourned to a later date.

Nine people were killed and 107 others were injured after a high-speed train hit a railway engine and crashed into a pedestrian overpass at a station in the Turkish capital Ankara on Dec. 13, 2018.

The train was en route from Ankara to the central Turkish city of Konya when the accident took place at 6:36 a.m., colliding head-on with a locomotive, which was returning from checking tracks.