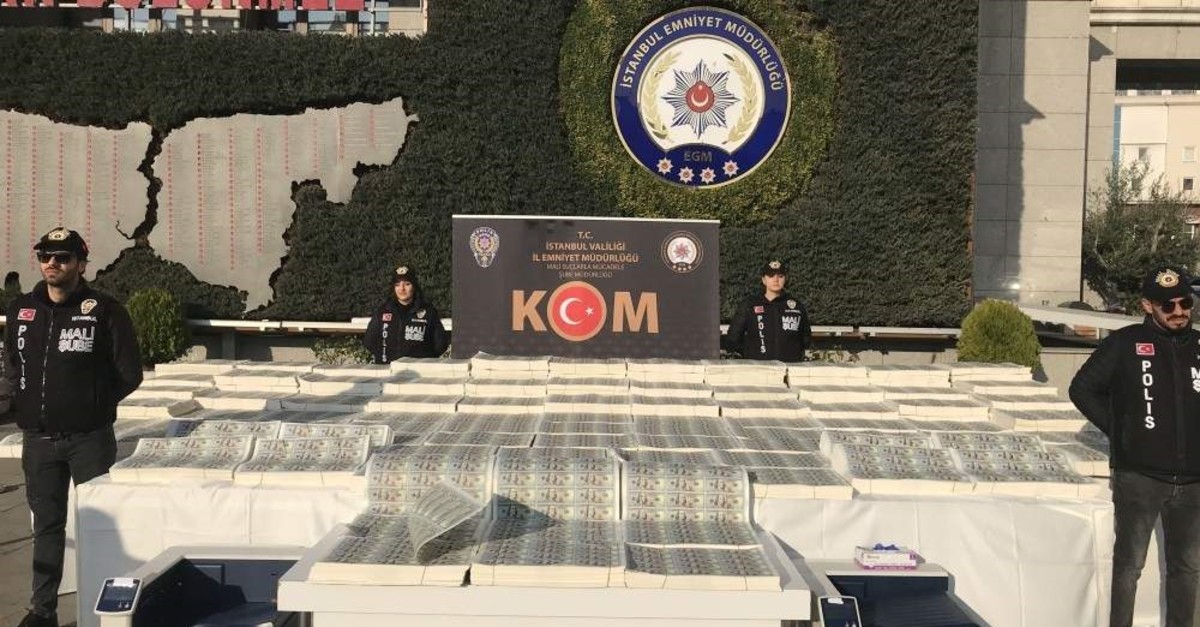 Istanbul police announced Wednesday that they confiscated $127.5 million in counterfeit bills destined for members of the Gülenist Terror Group (FETÖ) in South America and Africa.

Units from the Financial Crimes Department of Istanbul Security Directorate had previously seized a record $271 million in counterfeit bills during an operation in Istanbul’s Esenyurt district on July 23. Six suspects, including a former police deputy discharged over links to FETÖ, were arrested.

As the investigation proceeded, the crime gang’s ringleader and main financier, identified as A.A., was detained at the Kapıkule Border Gate on Oct. 10 trying to escape to Bulgaria hiding inside the trunk of a vehicle. Meanwhile, two members of the gang who went into hiding were also arrested the same day in Istanbul.

Upon these developments and links to FETÖ, the investigation was expanded. Using physical and technical surveillance, the police found that the crime ring was resuming activities and plotting to ship a hefty amount of counterfeit bills abroad. On Tuesday, two addresses were raided in Kağıthane and Sarıyer districts. Counterfeit $100 bills ready for cutting, worth $127.5 million in total, and printing machines were seized in the operation, which also saw eight suspects taken into custody. Four suspects were arrested while four others were released under judicial control.

FETÖ maintains a vast network of schools and other educational facilities throughout the world, with the U.S. being the terrorist group’s primary focus. These facilities, often presented as Turkish or international schools, primarily recruit FETÖ members and sympathizers as teachers and administrators. FETÖ schools are often accused of money laundering and financing the shadowy group’s activities through the schools’ profits and deals with FETÖ-affiliated businesses and vendors.

Ankara’s relentless efforts in taking over Turkish-branded institutions from FETÖ since 2014 has found some success, but the terrorists' networks in Europe and the U.S. remains untouched.