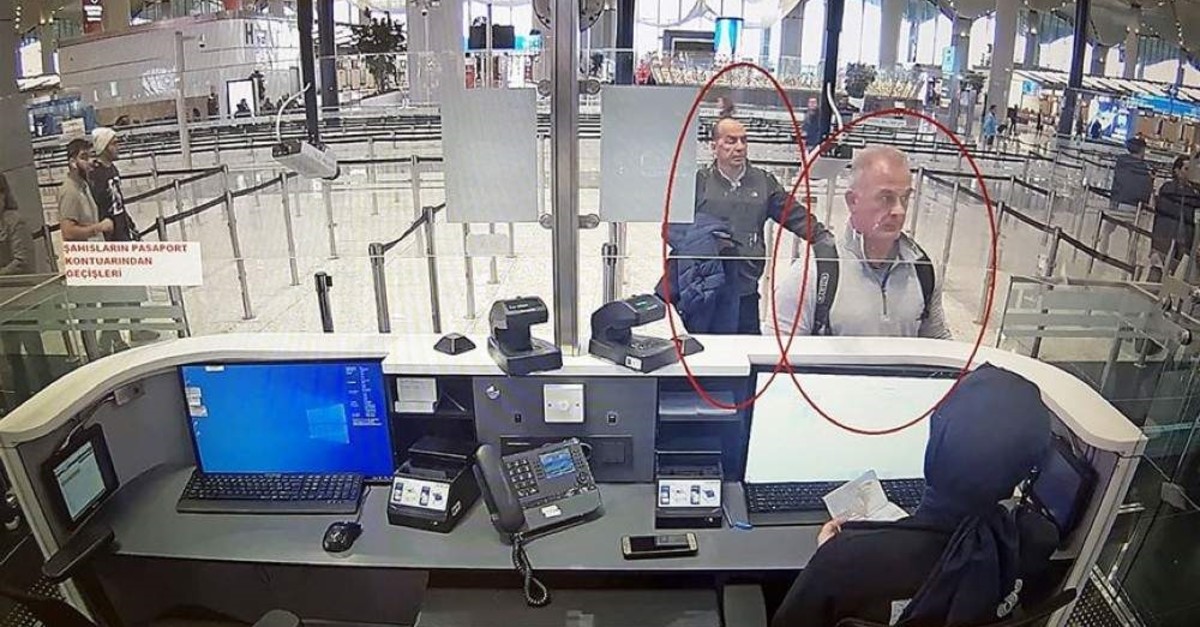 The footage and detailed information of the investigation reported by Anadolu Agency (AA) revealed the images of U.S. citizen Michael T. and Lebanese George Antoine Z.– who reportedly assisted Ghosn in his escape – while completing their departure proceedings at the passport checkpoint.

According to previous information obtained through investigations, Ghosn was brought to the private jet bearing the tail number "TC-TSR" inside a large case used for musical equipment on Dec. 29 and arrived at Atatürk Airport in Istanbul at 5:30 a.m. on Dec. 30.

Police said Ghosn debarked the plane in Istanbul on foot and was driven to another plane with the tail number "TC-RZA" 40 meters away, which then departed immediately at 5:50 a.m. Okan K., the manager of the company responsible for Ghosn's transport who was arrested later, also left as a passenger inside the same plane. He came back to Istanbul at 10:15 a.m., accompanied by the duo.

It was also revealed earlier that Michael T. and Antoine Z. entered the country via ground operations and headed to the airport at 6 a.m., completed their departure proceedings between 10:02 a.m. and 10:04 a.m. and left the county with a Lebanese Airlines' plane bearing the tail number "ME-0266."

Turkish police had previously detained seven suspects in relation to the smuggling case, including pilots identified only as Noyan P., Özgü Bilge B., Serhat K. and Bahri Kutlu S. who were working for a private airline company along with Okan K.

While ground services staff Fatih K. and Mert H. were later released, the other suspects were arrested by a court.

Ghosn was out on bail in Japan on financial misconduct charges before he fled the country for Lebanon in late December. His daring and improbable escape has perplexed and embarrassed Japanese authorities after he skipped bail and managed to flee the country despite supposedly rigorous surveillance.

Ghosn, who is Lebanese and also holds French and Brazilian passports, was expected to go on trial in Tokyo in April. In statements, he has said he fled to avoid "political persecution" by a "rigged Japanese justice system." He also said he alone organized his departure from Japan and that his wife, Carole, played no role.

Ghosn's former employer, Nissan Motor Co., said it was still pursuing legal action against him despite his escape, adding that Ghosn engaged in serious misconduct while leading the Nissan-Renault-Mitsubishi alliance. Ghosn denies all the charges.