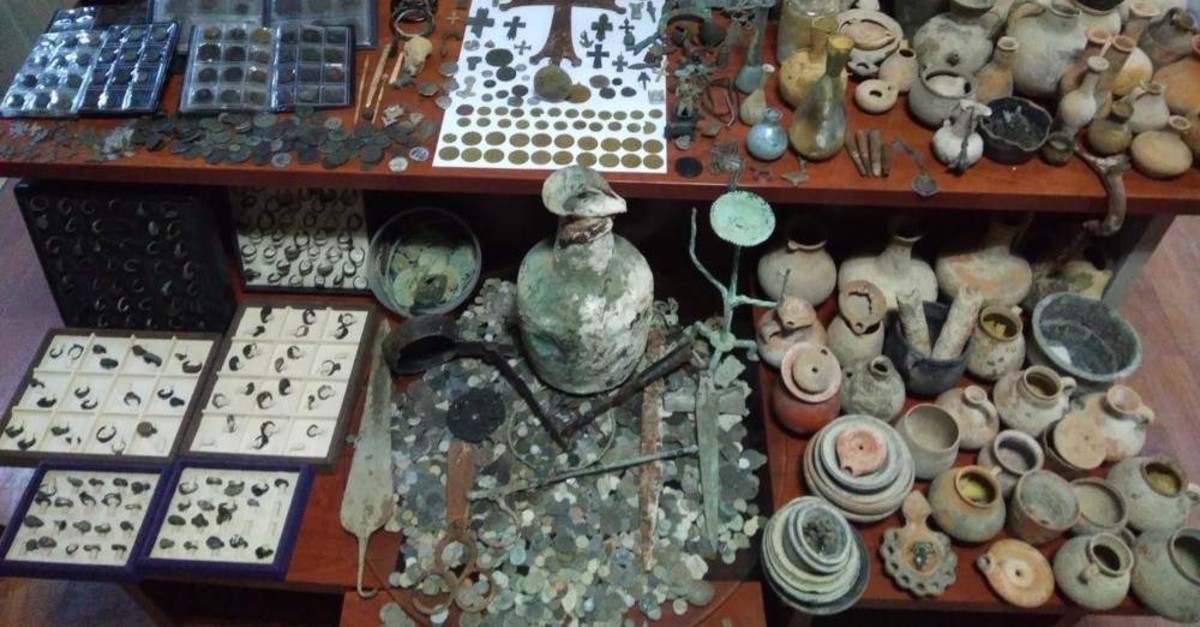 Turkish security forces Sunday seized a total of 5,365 historical artifacts in an anti-smuggling operation in the central province of Kütahya.

The police said the artifacts were found in a house belonging to smugglers following monthlong surveillance. The suspects bought the artifacts from local treasure hunters and stored them at the house, police said.

The artifacts, the majority of them ancient coins, also included hundreds of ornaments, rings, pots and figurines.

The items were turned over to the Ministry of Culture and Arts to determine what era they belonged to.