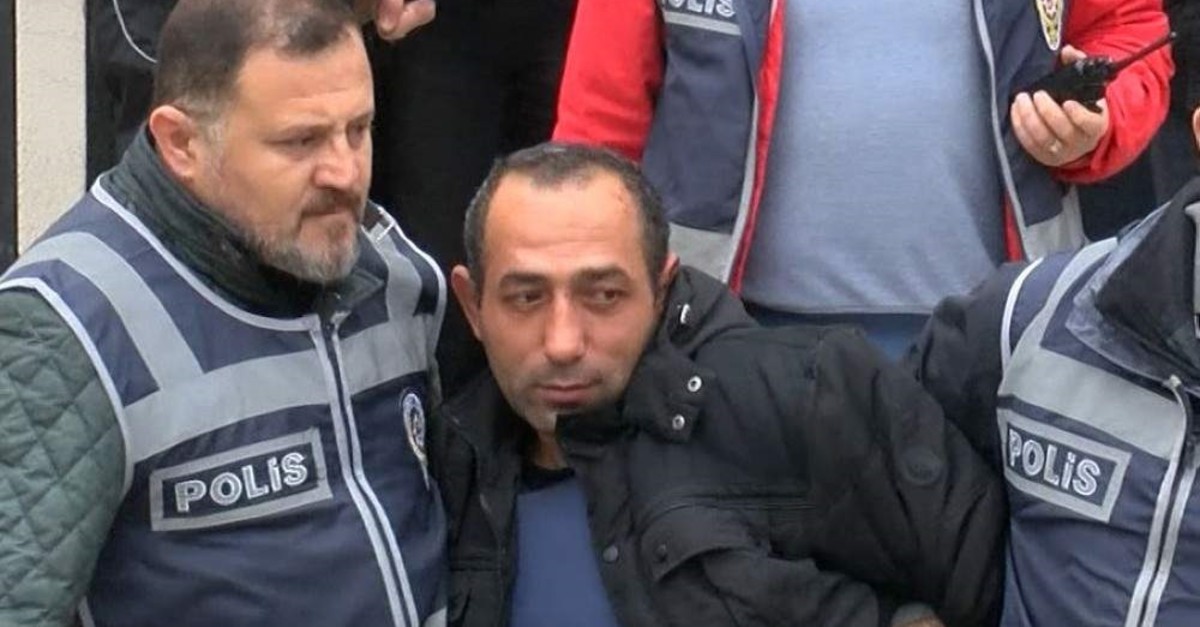 The defendant Arduu00e7 was brought to the courtroom under heavy security measures. (DHA Photo)
by Daily Sabah Jan 20, 2020 12:22 pm

A Turkish court on Monday sentenced a man to aggravated life imprisonment for the murder of 20-year-old university student Ceren Özdemir in a high-profile case that received widespread attention from media and women's right advocates.

The high criminal court in northern province of Ordu sentenced defendant Özgür Arduç to an aggravated life sentence for "deliberate killing with monstrous feeling," a crime in the Turkish penal code reserved for brutal murders.

Özdemir, a university student, was stabbed to death just as she was entering her home in Ordu's Altınordu district on Dec. 3. The killing, the latest in a string of domestic violence, murders and crimes against women, sparked fury. It also raised questions about how Arduç, who has a history of violence, was transferred to an "open" prison. Arduç had fled the minimum-security prison a day before the murder. He reportedly told the police he intended to "kill more people" before he was captured.

Dozens of women's rights activists and media members waited for the sentencing outside the courthouse, where Arduç's trial proceeded via videolink from a prison in eastern Turkey's Van where he is being held. After his capture – during which he stabbed police officers trying to restrain him – Arduç was transferred to the Van prison for safety reasons.

After he was transferred to a high-security prison, Arduç allegedly tried to commit suicide in his cell, cutting his wrists with tile pieces he took from the sink. He was subsequently taken to a hospital for treatment and put under supervision to prevent any further attempts.

In his defense, Arduç blamed his past for the murder. He claimed he was raped twice and started harboring "hatred for everyone." "I did what I did because I hated people. I threw cats and dogs in front of moving trains. I stabbed Dinçer Akçevre in 2005 for no reason and wanted to kill him," he said, referring to his attack targeting a teenager that ended with the latter's injury and landed Arduç in jail.

He said he wanted to kill "anyone he came across" the day he stabbed Özdemir and actually targeted another person but did not get the opportunity to kill him. He claimed he was mentally unstable and suffered from a "split personality."

"I have a desire to kill. I don't regret it. If you let me go, I will commit crimes again. I want you to get me treated (for my mental problems)," he told the court during a previous session.

The court rejected Arduç's insanity plea after a panel of experts consisting of three doctors found no mental health problems and said the defendant displayed a stable state of mind.

During the sentencing hearing, Arduç alleged that the doctors forged the report on his mental health and said he wanted his psychological evaluation to be repeated.

Refusing to answer the Özdemir family's lawyer, Arduç in his closing words asked the judge where he could apply for an appeal to the sentence, implying his intent to do so.

Domestic violence and the murder of women by husbands, partners and relatives have long been a thorn in Turkey's side. Thanks to broader media coverage in recent years, the issue is now more visible than ever.

Figures by the Interior Ministry show 124,521 cases of domestic and other violence against women in the first 10 months of 2019, 19.1% lower than the previous year. According to the figures, at least 299 women have been murdered this year, up from 280 in 2018.