40 arrested, 19 sentenced in operations and trials against FETÖ in Turkey 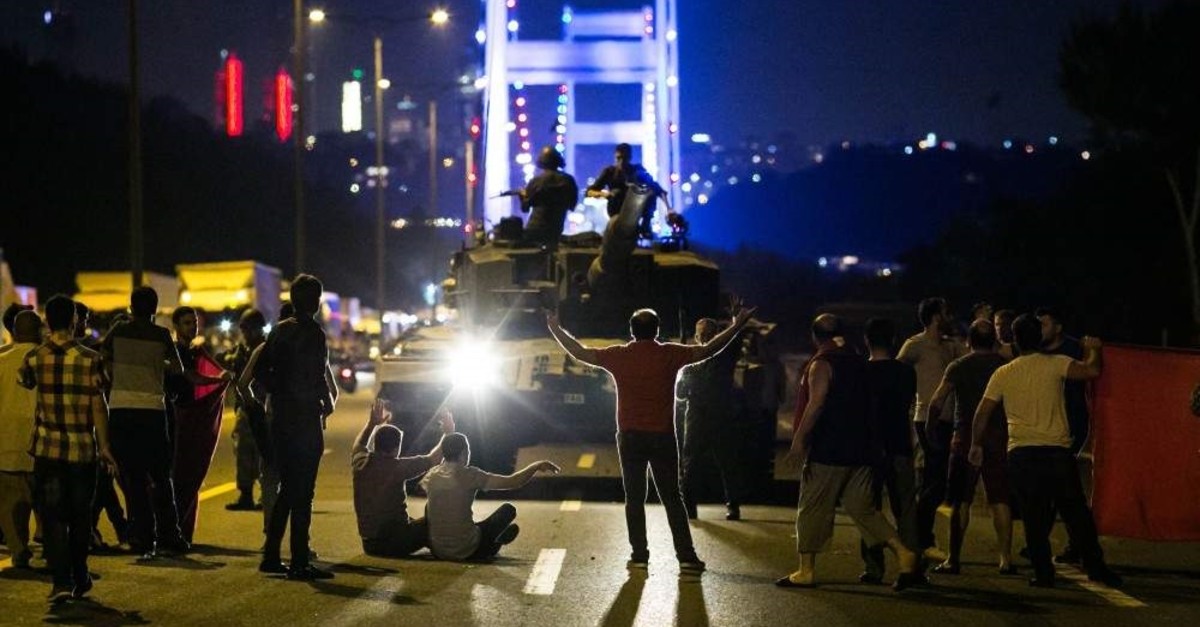 Turkey's relentless pursuit of justice four years after a deadly coup attempt continues. In the latest round of operations against FETÖ - the group behind the attempt, 40 former police officers were arrested in nationwide operations. Elsewhere, former top members of the military judiciary were handed down life sentences and lesser prison terms for links to the group.

Prosecutors in the capital Ankara issued arrest warrants for 50 people suspected of being members of FETÖ's secret network in the Turkish National Police. Police officers raided several locations in Ankara as well as the provinces of Konya, Gaziantep, Kayseri, Adıyaman, Adana, Trabzon, Yozgat and Bursa to capture their former colleagues. Forty suspects, who were earlier dismissed from their jobs on suspicion of affiliation with FETÖ, were captured in nationwide operations while a manhunt was underway to detain the other suspects.

FETÖ is known for its widespread network of infiltrators in every institution, from the military to law enforcement and from bureaucracy to judiciary. It was police chiefs and prosecutors acting upon orders of FETÖ leadership who launched the terrorist group's first attempt to topple the government in 2013. The 2013 attempt under the guise of a graft investigation concocted by the group's infiltrators in the judiciary and law enforcement, tried to include cabinet members into the probe and eventually, to imprison them. It was a turning point for Turkey's fight against the terrorist group whose infiltrators remained undetected thanks to utter secrecy FETÖ maintained. When Turkey moved to weed out suspected members of the group in the army, they attempted to topple the government again, on July 15, 2016, but a strong public resistance thwarted the attempt, at the cost of the lives of 251 people opposing the putsch bid.

Tens of thousands of people linked to the group were detained or arrested following the 2016 attempt and among them, a group of high-ranking officers in the military judiciary. In a trial that ended on Friday in the capital Ankara, they were sentenced on charges of violation of the Constitution [a crime linked to the coup attempt] and membership in a terrorist organization. The 25th High Criminal Court in the capital handed down aggravated lifetime imprisonment to four defendants including former judiciary advisers for the Office of Chief of Staff Muharrem Köse and Hayrettin Kaldırımcı. Two other defendants were sentenced to life while 13 others were handed down sentences ranging from seven to 10 years for membership in FETÖ. A separate trial will be held for two fugitive suspects in the case. Defendants, arrested following the 2016 coup attempt, were accused of being members of a secret network and would be appointed to run the martial law courts by putschists if the attempt succeeded, prosecutors say.

FETÖ's clout in the judiciary, be it civilian or military, helped the terrorist group manipulate trials or concoct sham trials, long before the coup attempts. In one case, the terrorist group managed to imprison hundreds of people, from intellectuals to military officers, thanks to indictments and verdicts by judges linked to FETÖ based on forged evidence. Mehmet Yılmaz, acting president of judiciary watchdog Board of Judges and Prosecutors (HSK), says they are investigating 400 judges and prosecutors in cases related to the terrorist group. Speaking to Anadolu Agency (AA) on Friday, Yılmaz said 2,740 judges and prosecutors were suspended from their posts the day after the coup attempt, and they were working meticulously to detect possible infiltrators from the group in the judiciary. Yılmaz said more than 3,900 judges and prosecutors were dismissed from their jobs from July 15, 2016 to July 2018, the month a state of emergency, imposed after the coup attempt, was lifted.

FUGITIVE SPOTTED IN THE US

Arif Erdem, a former footballer for Galatasaray wanted for his links to FETÖ in Turkey, was spotted in the United States. Erdem and his wife were seen leaving a Turkish-run bakery in Manassas, Virginia, in photos published by TRT Haber.

Erdem, who left Turkey a week after the 2016 coup attempt, is wanted in an investigation into footballers linked to the terrorist group. Erdem traveled to Greece before his disappearance. Prosecutors in Istanbul had earlier issued arrest warrants for Erdem and other former players of Galatasaray including Hakan Şükür, Uğur Tütüneker and İsmail Demiriz. Erdem and Şükür were expelled from Galatasaray in 2017. Şükür, a high-profile member of the terrorist group, left for the U.S. like Erdem following the coup attempt and was last running a cafe in California.

The U.S. is among the havens for fugitive FETÖ members including its leader Fetullah Gülen. Gülen, who arrived in the United States in 1999, currently resides in a luxurious retreat in Saylorsburg, Pennsylvania. He is being tried in absentia in multiple trials in Turkey. Washington has been reluctant so far to extradite him despite Turkey's repeated pleas.
RELATED TOPICS