3 sentenced to 10 years for killing dogs in Ankara 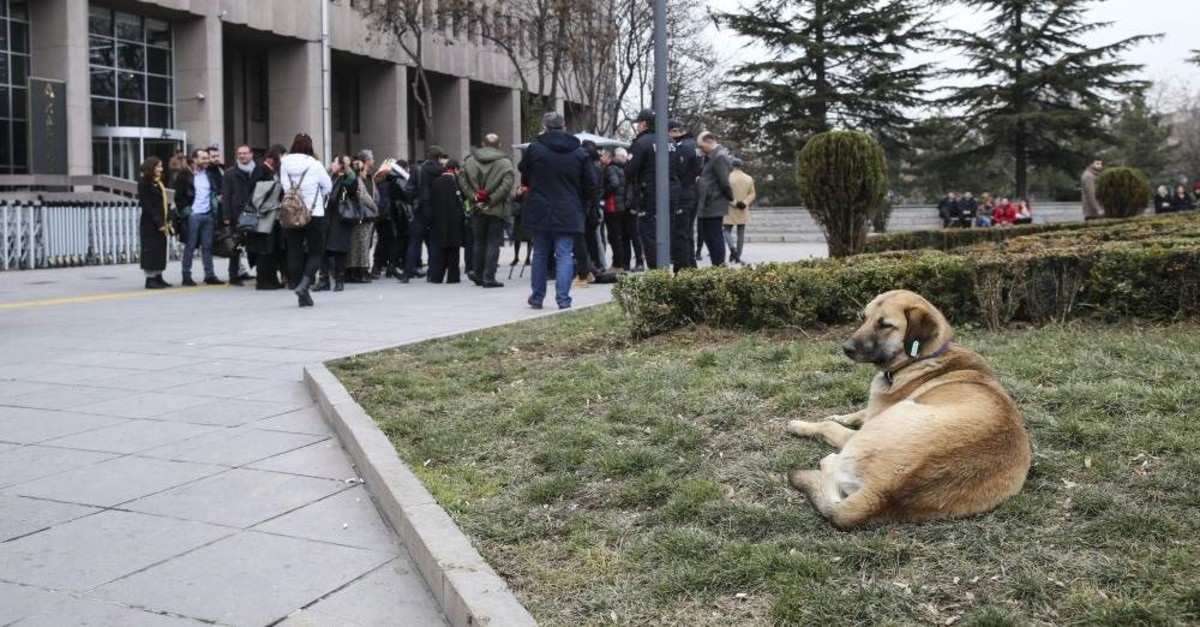 On Monday, an Ankara court handed down 10-year sentences to three defendants charged with poisoning stray dogs, in one of the harshest sentences for such a crime in recent memory.

The three men went on trial for the incident that took place in April 2019, in the capital's Batıkent district, in which 13 stray dogs, as well as three more owned by one of the plaintiffs in the case, were found dead in an empty lot.

An investigation revealed that the dogs had consumed chicken meat laced with pesticide. The defendants were detained but later released pending trial.

The court ordered the imprisonment of the defendants on charges of "damaging a commodity" and "deliberate pollution of the environment," as specific legislation outlining punishment for the killing of animals has yet to go into force in Turkish laws. Defendants were also fined TL 15,000 for the crime.

The outcome of the trial was a victory for animal rights activists who gathered outside the courthouse chanting slogans in support of the verdict after the final hearing. Speaking on behalf of activists, lawyer Tuğba Gürsoy said that they appreciated the verdict. "This is the day when justice prevailed for animals in Turkey. This trial is the first of its kind. As lawyers, we pursued a serious legal challenge in this case, and the stance of the court was really significant. We hope this becomes a landmark verdict. Stray animals are not really stray. They have huge support [from activists]," she said.

Ezgi Koç, another lawyer in the case, said the penal code's viewing of animals as a commodity ought to be amended and said activists look forward to looking at a new draft penal code that is soon expected to outline the judicial procedures required in the judging of animal cruelty cases.