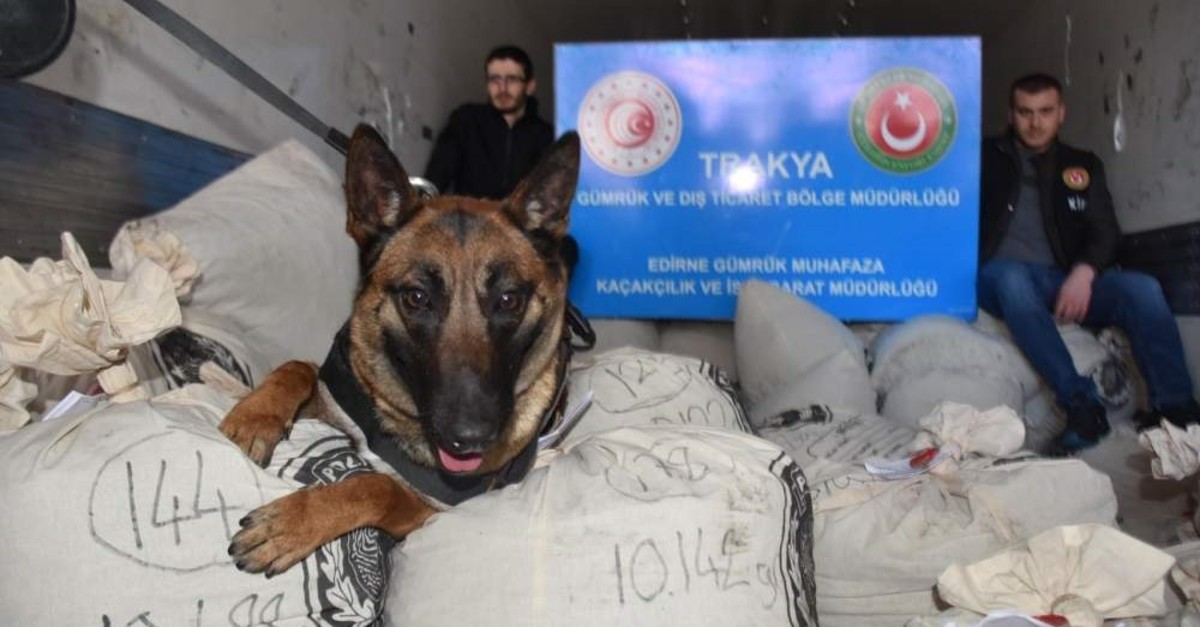 The Commerce Ministry announced Tuesday that a record amount of drugs had been seized by customs officers at the Kapıkule border crossing between Turkey and Bulgaria. Minister Ruhsar Pekcan tweeted the details of the operation and said a total of 2.07 tons of cannabis had been confiscated in what he described as "the largest such amount to be seized in a land border crossing."

When checking a truck heading from Georgia to Italy, officers ran an X-ray check on the vehicle, the driver of which claimed to be transiting fertilizers. When sniffer dogs reacted to the cargo, officers opened sacks inside the truck to find drugs stashed in 213 of them. Officials said the drugs were worth a street value of around TL 124.2 million. The truck's foreign driver, whose name and nationality have not been disclosed, was arrested.

Similarly, customs officers at the İpsala border crossing between Turkey and Greece yesterday discovered 306 kilograms of cannabis in a secret compartment inside a truck.

Last year, customs officers seized 8.7 tons of drugs at border entry points across the country. The high amount of finds in recent years is linked to better investment in detection technology. Turkey has invested around TL 410 million to equip customs gates with better technological amenities over the last five years.
RELATED TOPICS