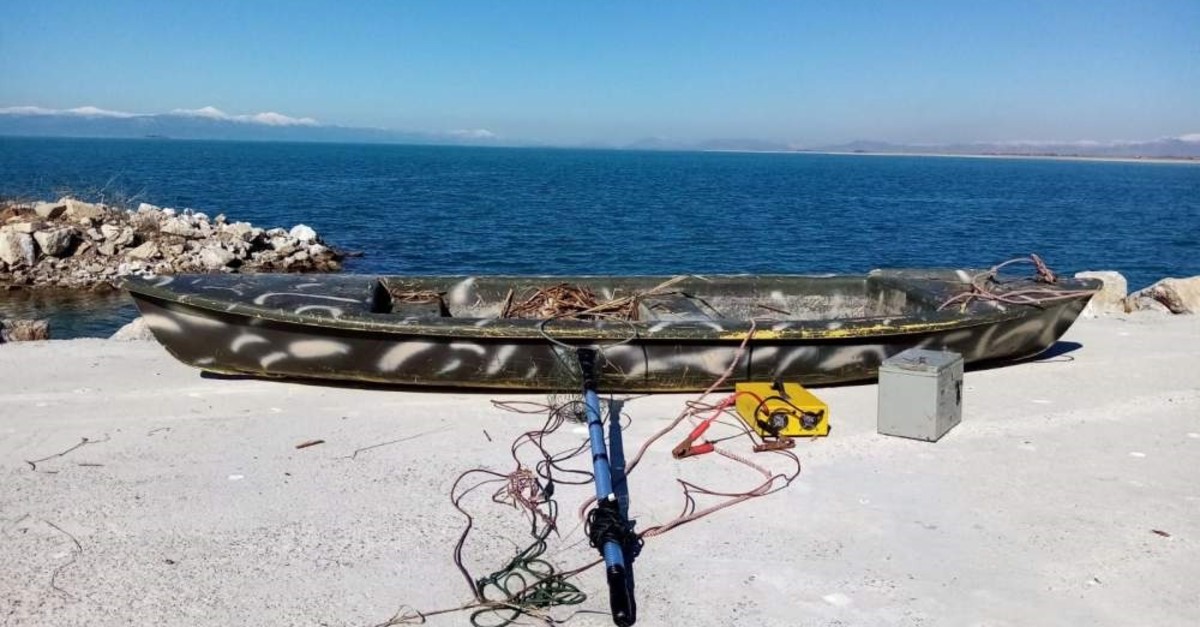 Authorities in the central province of Konya fined two men TL147,494 for electric fishing on Beyşehir Lake, a protected area listed as a national park.

The fishermen were caught hiding inside reeds by local gendarmerie units on a routine patrol during the day.

According to the security forces, the suspects tried to ditch their equipment and run away after they realized they had been spotted.

Authorities said the suspects used a canoe fitted with a battery and an inverter device to catch fish by electrocuting them.

They also said four carp, each weighing around 25 kilograms, were found at the scene.

After the suspects were fined, their equipment was seized by the authorities.