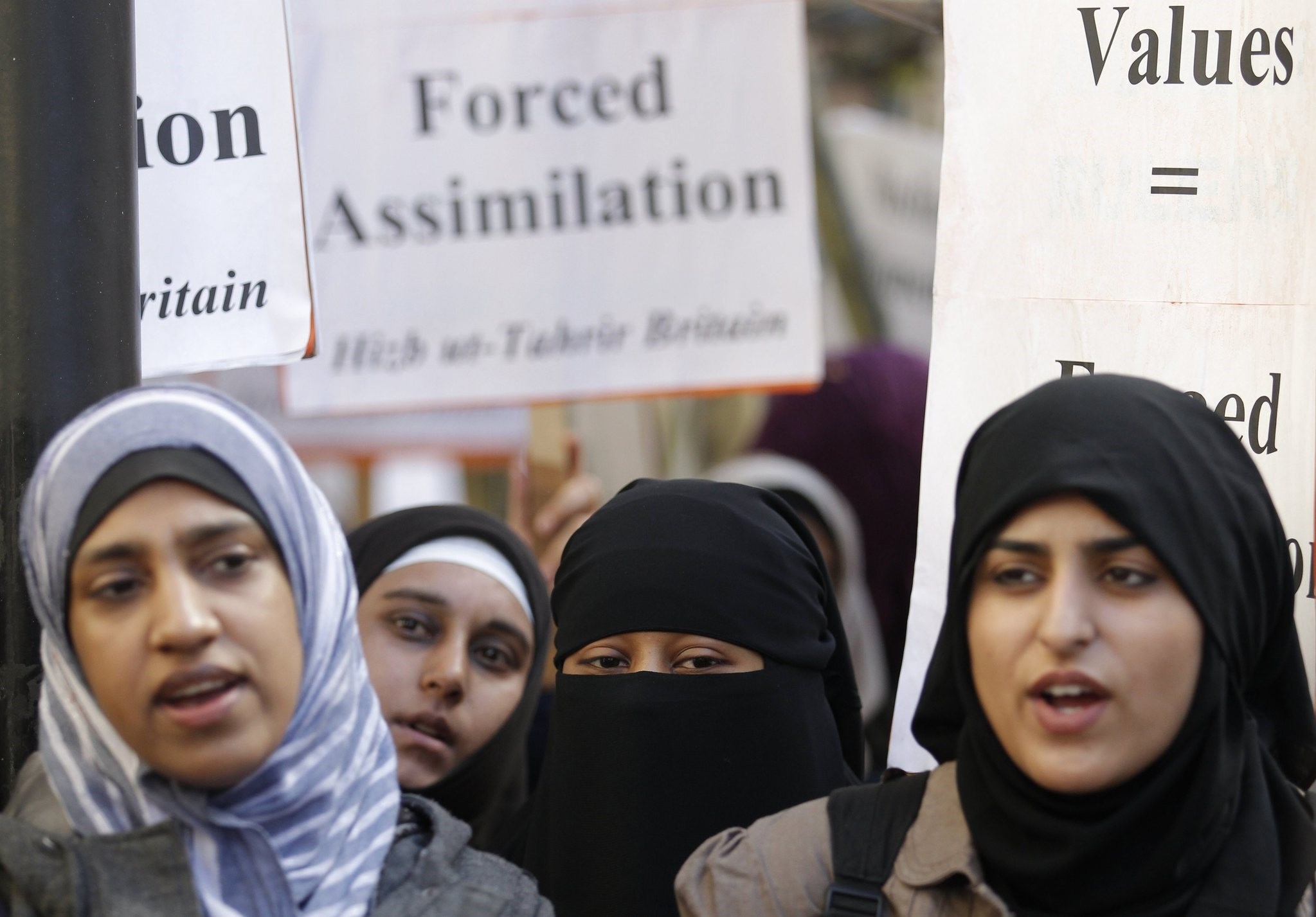 Muslim woman take part in a demonstration by the Islamic political party Hizb ut-Tahrir against France's banning of full face veils from public spaces, outside the French Embassy in London September 25, 2010. ()
by Aug 18, 2016 12:00 am

Austrian conservative politicians called for a ban on full body veils on Thursday, saying the veils would hinder women to integrate into the mainly Catholic Austrian society.

France, which has the largest Muslim minority in Europe, estimated at 5 million, in 2010 introduced a ban on full-face niqab and burqa veils in public.

Austria's Foreign and Integration Minister Sebastian Kurz from the centrist People's Party, who plans to introduce a new integration law next year, said religious symbols such as the burqa were an issue that needed to be discussed.

"A full body veil is hindering integration," Kurz told broadcaster ORF, adding that the burqa was "not a religious symbol but a symbol for a counter-society".

In Austria, Islam is the second most widely professed religion, practised by 7 percent of the population or around 600,000 people, according to the Islamic Religious Community.

The country has been spared the kind of extremist attacks suffered by Germany, France and Belgium. But fears and tensions have been growing over the past months, fuelled by anti-migrant campaigns of the popular right-wing Freedom Party (FPO).

The head of the FPO, which hopes to provide the first far-right head of state in the European Union after the re-run of the presidential elections on October 2, said it was about time to ban the full body veil.

"We want to be able to look into peoples faces in our society," Heinz-Christian Strache said at a press conference on Thursday.

Interior Minister Wolfgang Sobotka - as fellow party member Kurz seen as a hard-liner regarding migrant policy - said he would expect a full ban as problematic in terms of constitutional law. But he could imagine a partial ban as when driving a car, when crossing the border or at demonstrations, Sobotka was quoted by Oesterreich daily.