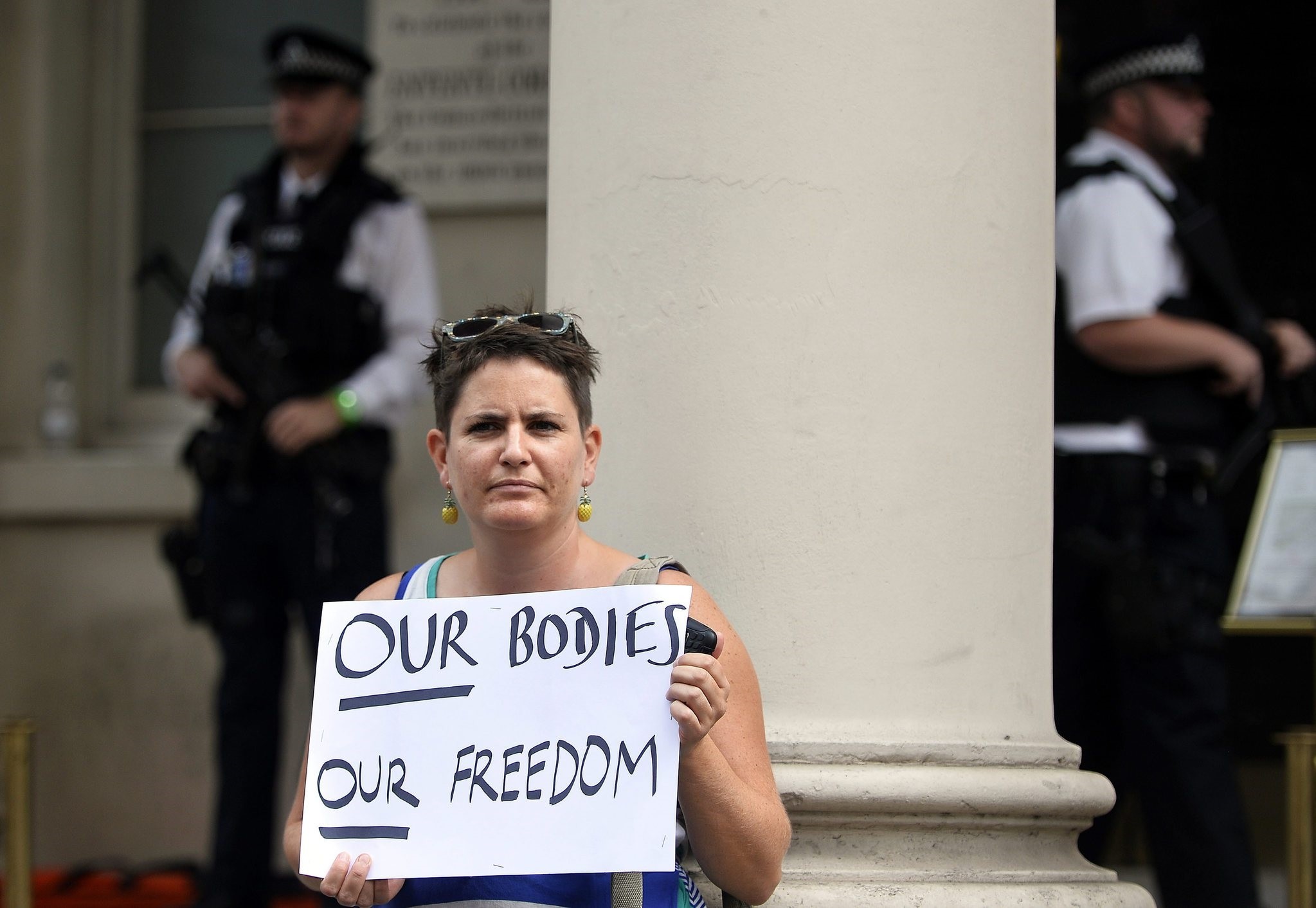 A woman holds a placard during a 'Wear what you want beach party' protest outside of the French Embassy in London, Britain, 25 August 2016. (EPA Photo)
by Compiled from Wire Services Aug 26, 2016 12:00 am

Several mayors in southeast France on Friday said they would maintain their bans on the Islamic burkini swimsuit despite a ruling by France's highest administrative court to suspend the measures.

Town hall authorities in Nice said the mayor would continue to fine women wearing burkinis while the mayor of nearby Frejus, David Rachline, told AFP that "the Frejus order is still valid."

Lawyers for two human rights groups challenged the legality of the ban to the top court Friday, saying the orders infringe basic freedoms and that mayors have overstepped their powers by telling women what to wear on beaches.

Mayors had cited concern about public order after deadly terrorist attacks this summer, and many officials have argued that burkinis oppress women.

French Muslims however, have expressed concern about the ban that could lead to further stigmatization of Muslims, the head of a body representing Muslims in France said.