Racist poster appears on wall of Turkish mosque in Montreal 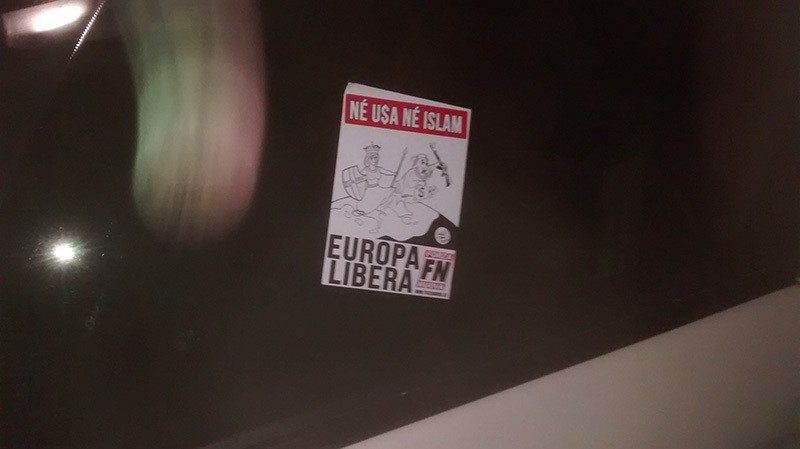 An unknown Italian group has pasted a racist poster on the wall of the Turkish Dorval Mosque in the Canadian city of Montreal.

The imam and president of the mosque, Mehmet Değer, spoke about the poster, which appeared on Friday night. "This is the eighth racist attack against this mosque", he said. "No one has been found guilty so far. We had been threatened before this incident because we were bringing Syrians to Canada. I believe this is the reason why we're under attack."

The imam highlighted that these kind of hate crimes conflict with the Canadian values, saying "It's obvious that some are using these youth for their own interests. Canada is a mosaic country. They shouldn't rue the beauty of living together."

Montreal police are investigating the hate crime. Değer continued that "If police cannot find these criminals, hate crimes like this are likely to increase in future."

Montreal police have attached the security camera records as part of the evidence in its investigation.