Posters found at Canadian uni. tell Muslim students to go back to their countries 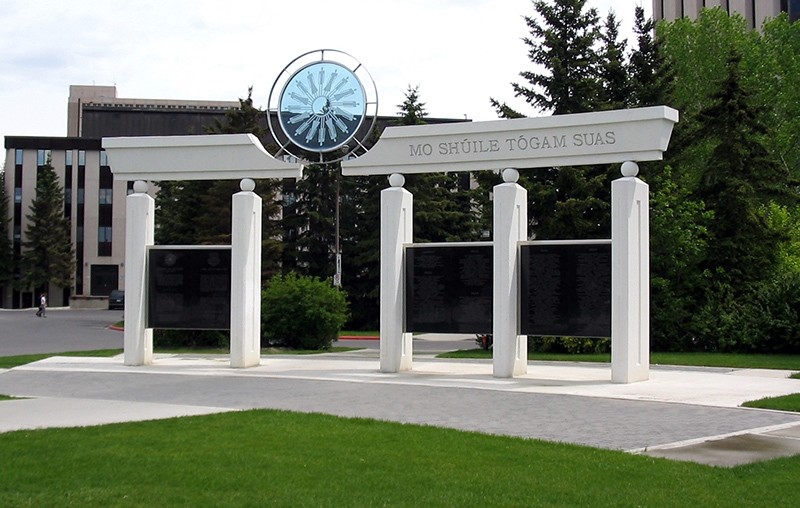 Around 40 posters with anti-Muslim messages containing profanity were discovered on Tuesday at the University of Calgary campus located in Canada's Alberta province. The hateful messages follow anti-Sikh posters which were posted two weeks ago on the same campus.

Calgary police and the university are collaborating to find the perpetrators through investigating security cameras and asking people to turn them in.

The faculty, staff and students convened at the campus shortly after the incident to condemn the hateful act. 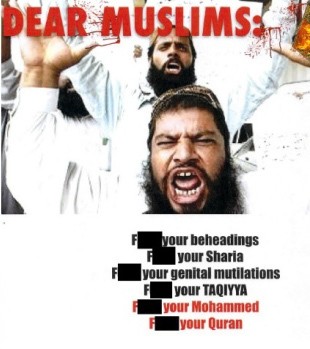 University president Elizabeth Cannon told reporters that she is disturbed to see such an act and that it makes her 'very angry,' CBC News reported. She continued by saying that the gathering shows everyone that the University of Calgary is coming together to show that it is strong and respects one another regardless of one's background.

Students and staff who attended the solidarity gathering left messages off support for the Muslim students.

The Muslim Students' Association at the University of Calgary posted a message on their Facebook page condemning the incident, saying that they are 'deeply disturbed.'

"Muslim students are an integral part of the inclusive and diverse community at the University of Calgary, and we unequivocally condemn discrimination and hate speech of all kinds'' the MSA said, adding that that they urge students who feel discriminated against to utilize services offered by the university's wellness center, and report any incidents to campus police.

The university's Faith and Spirituality Center offers students many resources, including health advice for students fasting during Ramadan, offers fast-breaking (iftar) meals at the Genesis Center, and helps new Muslim international students to connect with other Muslim students through the MSA.

Meanwhile, CBC News also reported that similar posters were left at some mailboxes in the community.

Leader of the Alberta Liberal Party David Swann condemned the incident on his Twitter account, saying that it is 'horrible act of hatred and cowardice.'

"Despite the hatred expressed in these flyers I still believe they come from the vocal minority; we will continue to support our neighbors'' he said.

Despite the hatred expressed in these flyers I still believe they come from the vocal minority; we will continue to support our neighbours.

The posters swore at Muslims, their holy book the Qur'an, the Prophet and Sharia law, telling Muslims to go back to their countries. They also contained references to racist Facebook pages including one urging Islam to be banned in Canada. 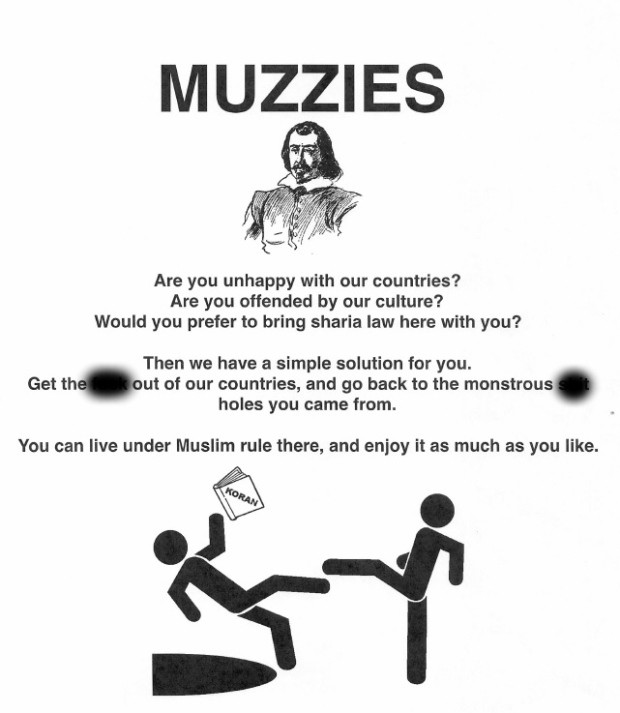 One of them read: "You can keep your barbaric ways ... right where they belong ... in your 7th Century homelands!"

Regarded as one of the most tolerant countries in the world, Canada guarantees fundamental rights and freedoms for all under the Canadian Charter of Rights and Freedoms, which was entrenched in the Canadian constitution in 1982. The Charter was introduced by Pierre Elliott Trudeau, the father of Canadian Prime Minister Justin Trudeau.