Another mosque attack raises concerns over Muslims' safety in Germany 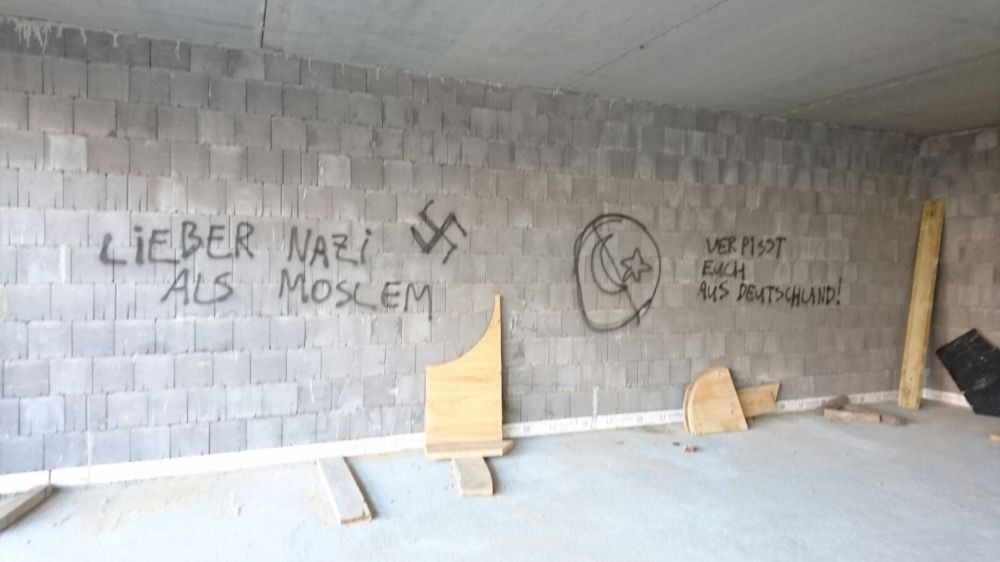 Suspects scrawled anti-Islamic and anti-Turkish slogans on the mosqueu2019s walls and drew a swastika.
by Compiled from Wire Services Oct 07, 2016 12:00 am

Muslims are questioning their freedom in Germany after a mosque under construction was vandalized late Wednesday by assailants writing racist-Islamophobic slogans on its walls. This is the third attack targeting mosques since late September

Three attacks targeting Turkish-run mosques in Germany since Sept. 25 triggered concerns on rising Islamophobia in the country where xenophobic and Islamophobic movements have gained popularity since a recent influx of refugees.

The latest target of unknown assailants was a mosque under construction in Herringen, a small town in the North Rhein Westphalia state. Suspects spray painted anti-Islamic and anti-Turkish slogans on the walls of the unfinished mosque being built by the Turkish-Islamic Union for Religious Affairs (DİTİB), which also runs mosques in Dresden and Bebra. A swastika was also painted on the walls next to slogans reading, "Get Out of Germany," "Center of Terror" and "Put Turks In Gas Chambers." The Mayor of Hamm, Thomas Hunsteger Petermann, where Herringen is located, visited the scene following the incident and condemned the attack. Quoted by Turkish media he said, "It is unacceptable. Hamm is known for the exemplary integration of its residents and such incidents worry us. We have fought (racism and Islamophobia) for years and will continue our fight and will never tolerate such attacks in Hamm." 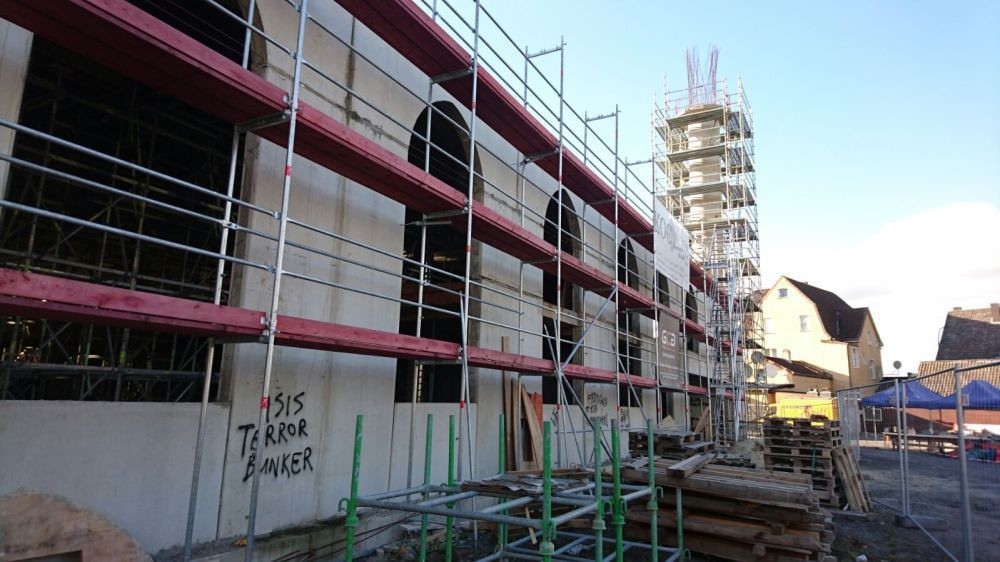 Turkey's Consul General in Essen also denounced the attack and said they would monitor the investigation. "I urge Turkish people here to be vigilant against any provocation," he said.

The DİTİB released a statement on the latest attack and said the rise in mosque attacks recently prompted concerns amid the Muslim community.

Although mosque attacks are common in Germany, the recent rise in figures raised alarm among Muslims, especially in the Turkish community, which constitutes the largest Muslim community in the country. On Sept. 25, the Mimar Sinan Mosque in Hessen was firebombed and was followed by a similar attack at the Fatih Mosque in Dresden. No casualties were reported in both attacks, which reflect a growing-political rhetoric of Islamophobia in Germany. Several lawmakers have criticized the DİTİB for religious education.

Mosques in Germany, where anti-Muslim sentiment paralleling the growing influx of Muslim refugees is centered, are occasionally subject to attacks, ranging from Molotov cocktails to tossing of pig's heads. A Turkish-parliamentary committee investigating the targeting of mosques found 297 attacks against mosques between 2001 and 2014, the majority of targets being Turkish mosques.

Muharrem Gümüşkaya, who heads a local branch of the DİTİB overseeing the construction of the mosque in Herringen, said Turks and Muslims had German friends supporting them and such incidents may happen anywhere.

İsmail Erkul, Turkish head of a federal committee for integration, said Hamm has a Muslim community making-up 12 percent of the total population and the attack came at a time of increased efforts for integration and harmony.

Several European countries have witnessed a spike in Islamophobia and anti-migrant sentiment, especially after receiving an unprecedented influx of refugees, who are mostly Syrians fleeing war and violence. Europe's populist-right also rushed to demand an end to the influx of refugees from the Middle East in the wake of the attacks.

Mosque attacks in Germany have recently drawn the ire of Turkey. Mustafa Yeneroğlu, head of the Turkish parliament's Human Rights Committee, has called Berlin to protect the Muslim community from racist attacks. Yeneroğlu said in a written statement that although mosques were attacked occasionally, most attacks were not covered by the media. He cited a response to a question on the attacks by Germany's federal government and said 14 mosques were subject to "politically motivated attacks" between April and June this year, adding nine of them were the work of suspect or suspects with far-right motives while the other two attacks were carried out by supporters of the PKK terrorist group active in Turkey. The lawmaker said the threat against mosques in Germany is on the rise and emphasized that the lack of proper measures against potential attacks and failure to find perpetrators "led us to consider that this issue is not properly investigated." He said federal prosecutors have not launched an inquiry into the attacks, "dealing a blow to expectations that the cases will be brought to light" and "unfortunately, paves the way for new attacks."
RELATED TOPICS