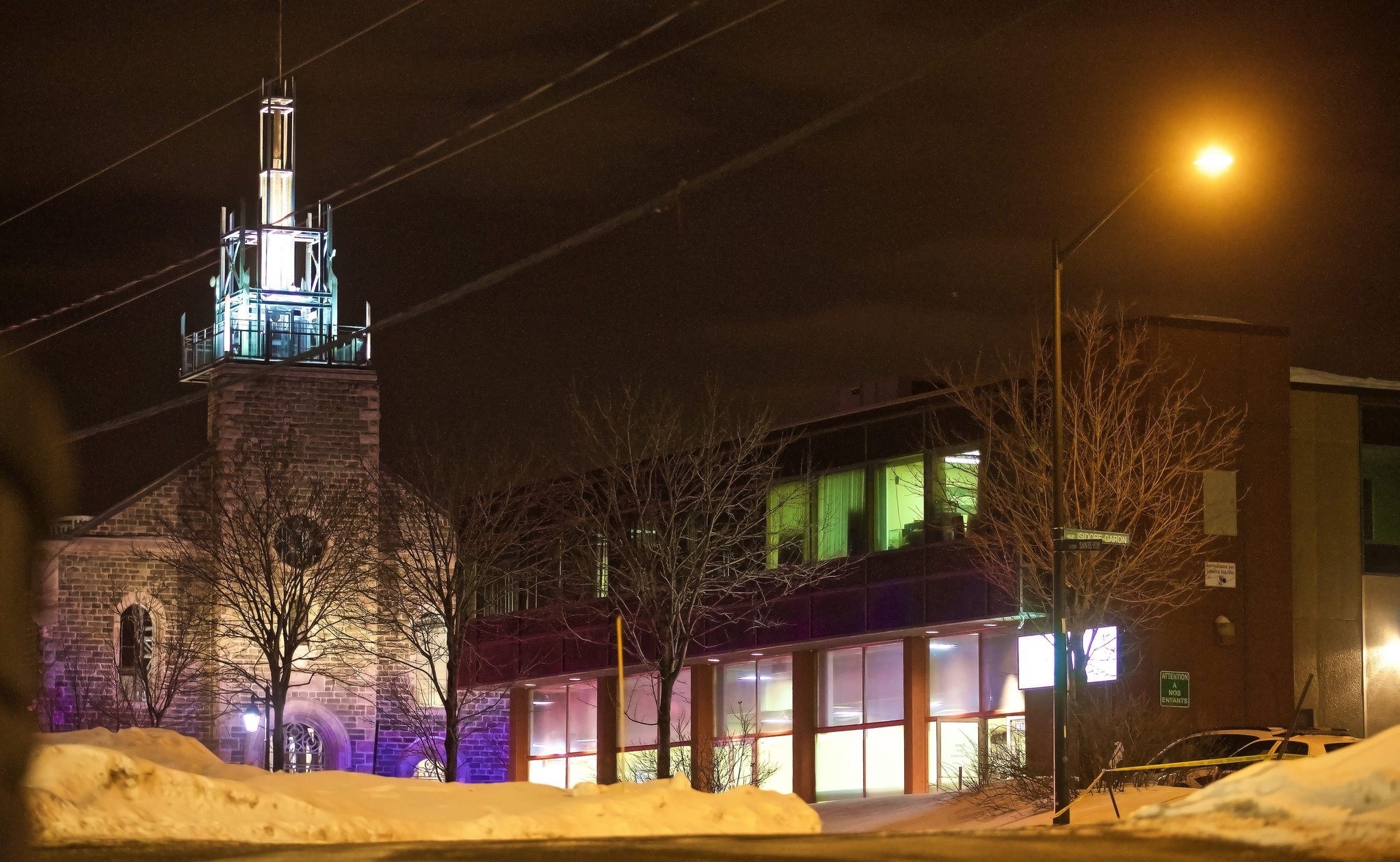 A package containing a defaced Quran and a suggestion Muslims use a hog farm as a cemetery was received at the Quebec City mosque where six Muslims were gunned down in January, Canadian media reported Wednesday.

As well, a far-right group in Quebec is suspected of influencing a referendum where those eligible to vote cast their ballots against the establishment of a Muslim owned and run cemetery in a small town near Quebec City.

The package was delivered in the mail Friday to the Islamic Cultural Centre of Quebec, two days before the vote last Sunday on the cemetery in the small town of nearby St. Apollinaire. Police are investigating.

The package was decried by Quebec Premier Philippe Couillard.

"These are Quebecers who are Muslim and no one deserved to be treated in that manner," he told reporters Wednesday. "It's a cowardly act. Someone anonymously delivers a hurtful document to the doors of the Quebec City mosque. That person is a coward."

Quebec City mosque Imam Hassan Guillet said he thought the package was meant to upset Muslims prior to the referendum and the vote.

"It was a Machiavellian attempt to excite Muslims just before the referendum, thinking that Muslims might overreact," he said.

On Tuesday, Couillard expressed disappointment the cemetery request was voted down and he promised to get all the sides together and work something out.

However, Quebec City Mayor Regis Labeaume said the far-right group, La Meute, was involved in the referendum campaign that led to the vote and rejection of the St. Apollinaire cemetery.

He said La Meute is a secret Facebook organization with an estimated 43,000 members who oppose what they call the growth of radical Islam in the province.

It is but one of dozens of social media groups that have sprung up to express concerns about Islam in Quebec.

"We don't need private militias," he said. "We are in [a] society of laws, a democratic society."

This was not the first time the mosque received threats and hateful gesture has been directed toward the mosque.

Issues regarding Muslims have intensified in Quebec in recent years. The face-covering, or niqab, became a big issue in the 2015 Canadian federal election, especially in Quebec, where the majority of the population supported a ban on it at citizenship ceremonies so that government officials could see the applicants faces for their IDs.

In the neighboring province of Ontario, a mosque was set on fire in 2015, a day after the deadly attack by gunmen and suicide bombers in various areas in Paris.