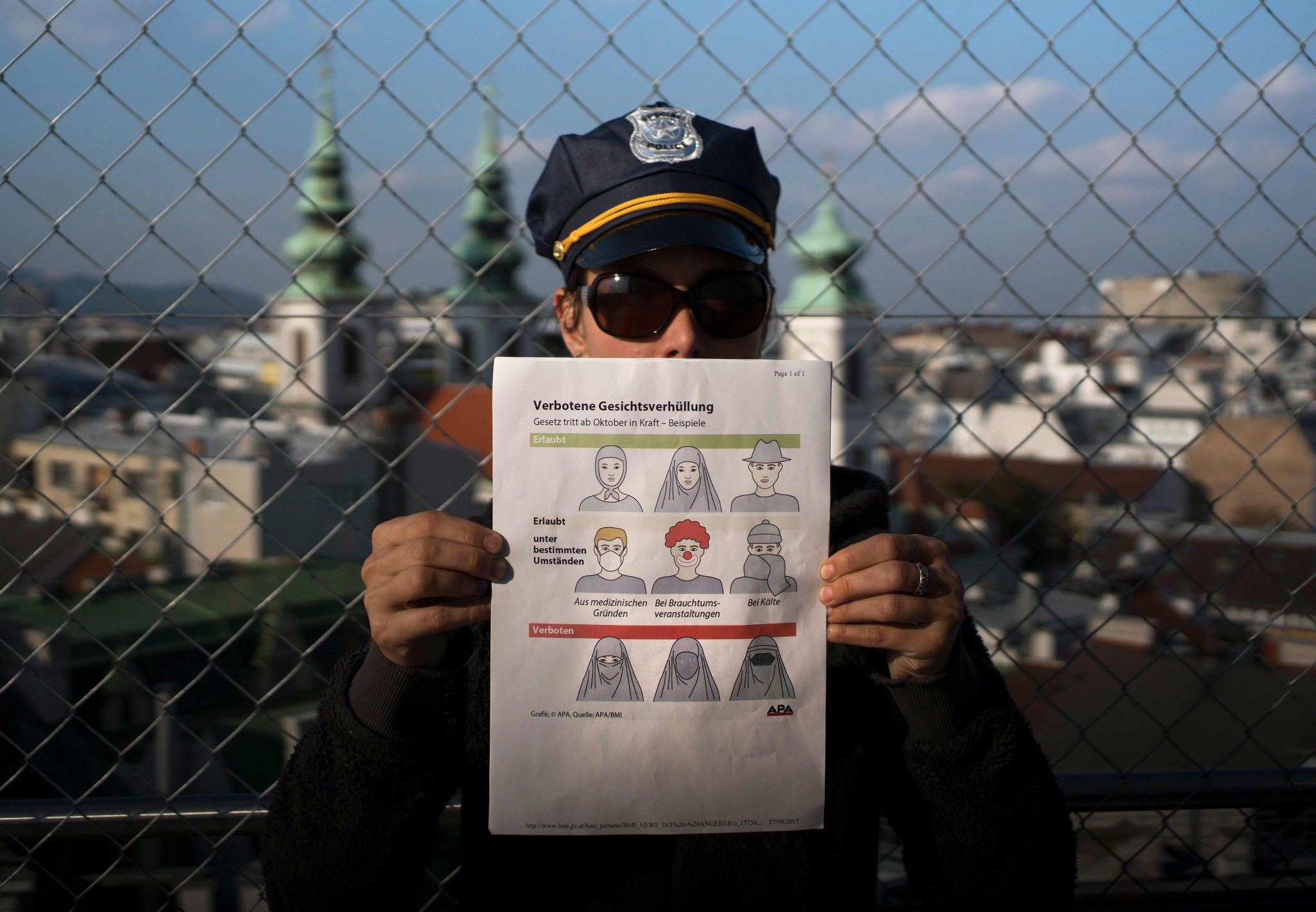 This illustration photo shows a model holding up an information pamphlet about new Austrian restrictions banning wearing of burqas and other items covering face in public places and buildings, in Vienna, Austria on September 29, 2017 (AFP Photo)
by Oct 01, 2017 12:00 am

The government says the new law helps uphold Austrian values and promotes integration, despite the fact that such veils are rarely seen in public.

Women are now banned from hiding their face in public - this includes wearing the burqa, which veils the entire face, and the niqab, which reveals only the eyes.

Those who are stopped by police and refuse to take off their veils face a penalty of 150 euros ($176).

The new rule is part of the "integration package" of policies that conservative Foreign and Integration Minister Sebastian Kurz initiated amid his drive to win the Oct. 15 parliamentary elections.

Kurz's People Party has for months led in voter surveys. The 31-year-old is therefore primed to become chancellor. His election platform is strongly focused on curbing immigration and anti-Islam rhetoric.

In 2011, France became the first European country to prohibit face veils in public. Belgium, Bulgaria and Switzerland's Ticino region have followed suit, while the Netherlands has banned veils in public buildings.

In April this year, Germany's parliament opted for a limited ban, which applies only to public officials and soldiers on duty.

The European Court of Human Rights in July confirmed that such prohibitions are legal, backing the view that people need to see each other's faces to build normal relationships and to live in a democratic society.