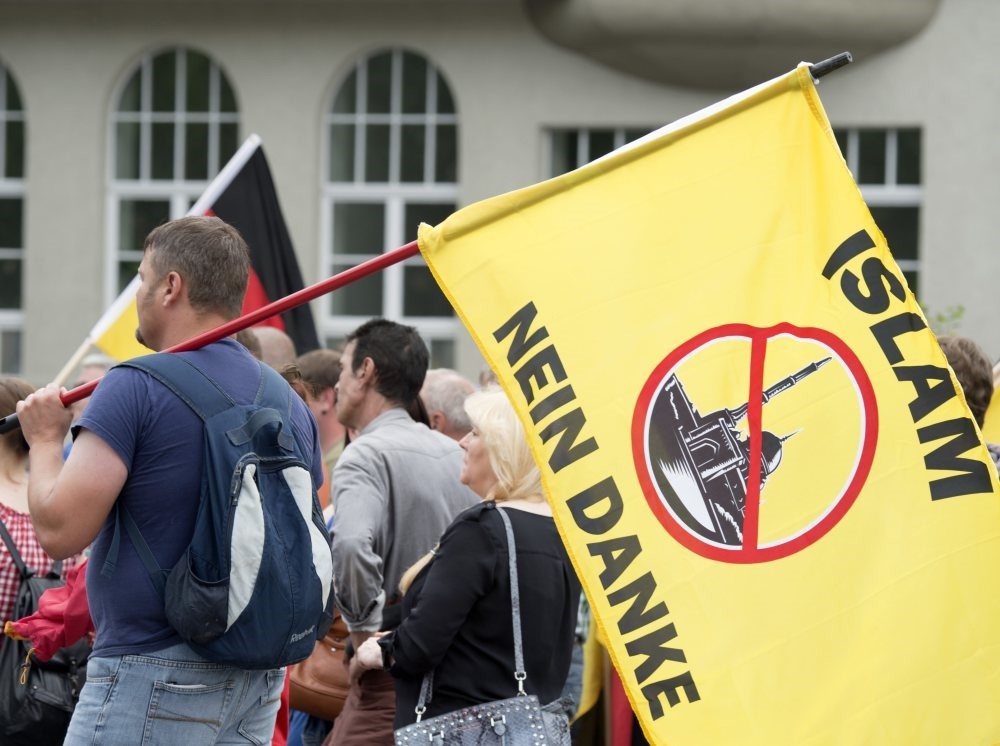 According to a SETA report, since 2015, attacks on Muslims have quadrupled in Germany while 40 percent of Germans said that they would prohibit Muslims from taking shelter in their country

A recent report by the Foundation for Political, Economic and Social Research (SETA) has revealed rising anti-Muslim sentiments across Germany in the fields of education, the media, law, and the internet.

According to a report written by Alexandra Lewicki, an expert in political sociology, anti-Muslim tendencies in Germany have been gradually increasing since 2015 and are affecting a variety of Muslims, as the number of attacks on Muslims and refugee shelters has quintupled since 2015.

Stating that even though the Germen Federal Police, (Bundeskriminalamt, BKA) announced that the number of attacks on Muslim foundations is approximately one to two per week, the report said the actual number of attacks against Muslims is higher since the exact number of attacks has not been reported. "While German authorities recorded 17 attacks per week, German media outlets published approximately 37 news of attacks weekly," the report said, regarding attacks on Muslims and refugees. The report went on to say that "Every other person in Germany - 50 percent of the German population - indicated that they feel alone in their country due to the 'Muslim population getting crowded,' while 40 percent of the population said 'They will prohibit Muslims from taking shelter in Germany.'"

The report revealed that people who exhibit Islamophobia aim to turn their thoughts into actions, stating, "Those who support Islamophobia have clearly expressed that they want to turn their opinions into physical action." The report asserted that the negative stance toward Muslims is the product of institutions, saying that prejudices shown towards various groups have gained high acceptance in certain periods of history. "The year 2016 marked a time when it was revealed clearly that 20 percent of some circles who are against Islam were ready to reflect their opinions in their votes," the report indicated.

Explaining that half of Germans have adopted an Islamophobic stance toward Muslims, the report underlined that anti-Muslim tendencies affect business and community affairs and suggests that Germany should expand the scope of its laws regarding the fight against national and regional discrimination, making the required arrangements regarding protecting people from discrimination and adopting a system of community protection to guard against discrimination in accordance with EU acts.