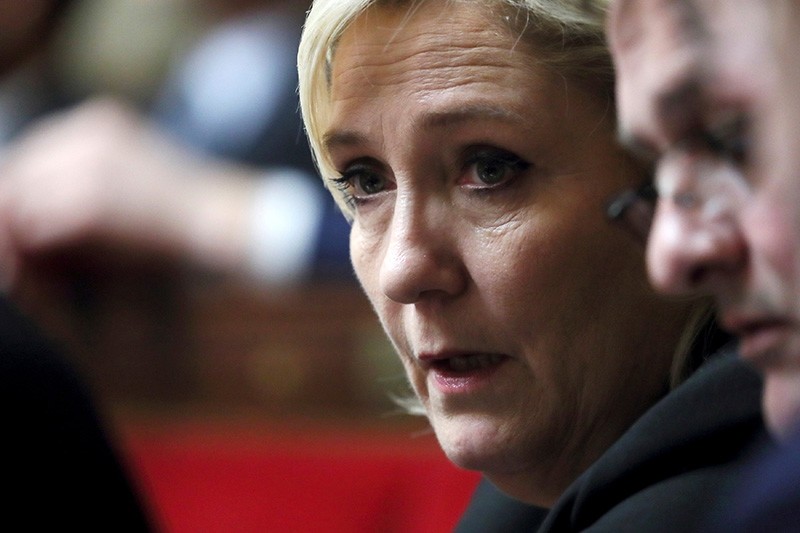 The prosecutor's office in the Paris suburb of Nanterre said the charges were issued Thursday for "distribution of violent images." If the case reaches trial and she's convicted, Le Pen could face three years in prison and 75,000 euros ($90,000) in fines.

Le Pen didn't comment publicly on the charges, made possible after the French parliament lifted her immunity from prosecution in the case. Lawyer Rodolphe Bosselut, representing Le Pen, wouldn't comment.

It's the latest blow to Le Pen, whose party is in crisis after she lost her presidential bid last year.

She has recently sought a political rebound, calling for a rebranding of the National Front in order to "forge alliances" and "take power."

Wrapping up a nationwide "FN reform" tour in Alsace last weekend, she riffed on traditional themes - railing against immigration and the "totalitarian" EU - before grasping the nettle.

"I know many people are attached to the National Front name," she told 400 party members.

"But we have to recognize that the taboo linked to the name is a problem," said the 49-year-old ex-lawyer.

"Without a name change we will not be able to forge alliances. And without alliances we will never be able to take power."

Running unopposed for a third term as leader, Le Pen will propose a new name at a party conference in Lille next week - culminating a seven-year campaign to cleanse the party of its past association with overt racism and anti-Semitism.

Since the 2017 presidential campaign and a general election in which the FN bagged only eight seats out of 577, the party and its leader have appeared punch-drunk.