2 women arrested after vandalizing US mosque with their children 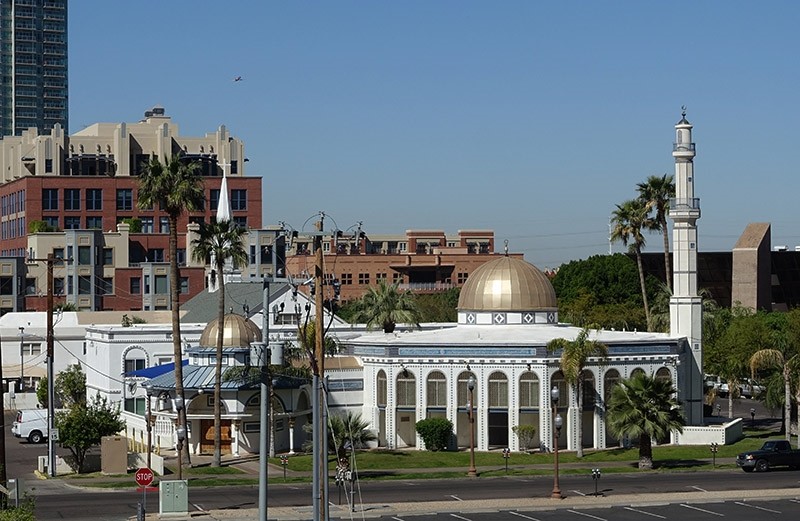 Two women were arrested Thursday for breaking into an Islamic center in Arizona with three children and filming themselves vandalizing a mosque and making anti-Islamic remarks, police said.

Tahnee Gonzales and Elizabeth Dauenhauer were arrested for third-degree burglary "after the investigation revealed they entered onto the property of the Tempe Islamic Center and subsequently removed various items," local police spokesman Ron Elcock said in a statement.

"Based on the details of the crime an enhancement of hate crime will be considered for sentencing," he said.

The women posted several videos on Facebook showing them entering the center, making insulting remarks about Muslims and encouraging their children, who appear to be no older than 12, to repeat them.

One of the women said in a video that their actions were done to "expose the evil that is happening in our backyards," adding that they were teaching their children how to be "American patriots."

Ahmad Al-Akoum, the center's director of inter-faith relations and one of its imams, told French Press Agency (AFP) that the incident took place the morning of March 4, when no one else was present.

A local journalist saw the videos and alerted the mosque, whose leaders then checked their surveillance footage and saw the women taking copies of the Islamic holy book the Quran as well as leaflets, and tearing up documents affixed to a bulletin board.

"They were teaching their children to be hateful, it was very disturbing," Al-Akoum said of the women.

He said that his mosque and others around Phoenix have regularly been subjected to harassment "for a long time, almost since 2001," referring to the year of the Sept. 11 attacks.

But things have gotten worst since Donald Trump — who made trying to keep travelers from certain Muslim-majority countries out of the U.S. a central part of his agenda — took office last year.