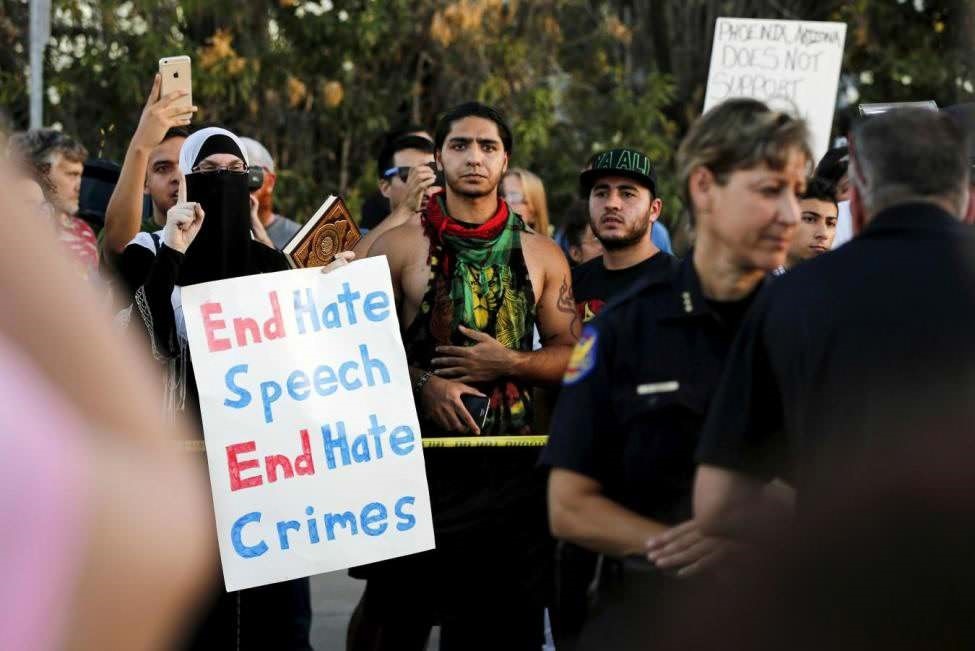 "Foiled" plots by perpetrators perceived to be Muslim receive seven and half times more media coverage than those of their non-Muslim counterparts, revealed a report on biased media coverage and legal responses against Muslims in the United States.

According to the report published by the Washington-based Institute for Social Policy and Understanding (ISPU), the stark results showed how Muslim-perceived perpetrators received harsher legal charges and longer prison sentences and also had qualitatively different media coverage than perpetrators not identified as Muslim.

The ISPU study found that U.S. prosecutors sought three times the sentence length for Muslim perpetrators as for non-Muslim perpetrators for ideologically-motivated violence, while the comparison jumped to four times for attempted plots.

In the research, ISPU academicians divided their incident analysis into two categories, Muslim-perceived and non-Muslim perpetrators, based on media reports and publicly-available legal documents and databases. In the media analysis, the ISPU looked exclusively at coverage in The New York Times and The Washington Post from 2002 to 2015.

The report found that Muslim perpetrators received more than 7.75 times greater media coverage in The New York Times and The Washington Post in cases of violent ideological plots that were not carried out.

It also said that in a large majority of articles in Muslim-perpetrated incidents, offenses contained the terror-focused terms "terror," "terrorism," and/or "terrorist" while only a quarter of articles referencing non-Muslim offenders used such terms, despite both categories of offenders being alleged to have been ideologically motivated and primarily targeting civilians.

The ISPU study also found that the U.S. Justice Department was, on average, six times more likely to issue press releases about foiled plots of violence involving Muslims than non-Muslims.

The media, playing a significant role in developing and perpetuating social prejudices and bias, generates backlash against the Muslim community, fuels government reactions against the community and influences the legal ramifications of an individual case, the report said.

Dalia Mogahed, the director of research at ISPU told the Intercept that "at heart, there is a question here of what we as a society deem threatening, and what we as a society are afraid of. What you often find is that when a crime is committed by a member of the dominant, privileged group in any society, it's excused as an aberration, while crimes committed by members of an out-group are pathologized toward that group as a whole. This implicit bias finds its way into all our institutions, including courtrooms and the media."