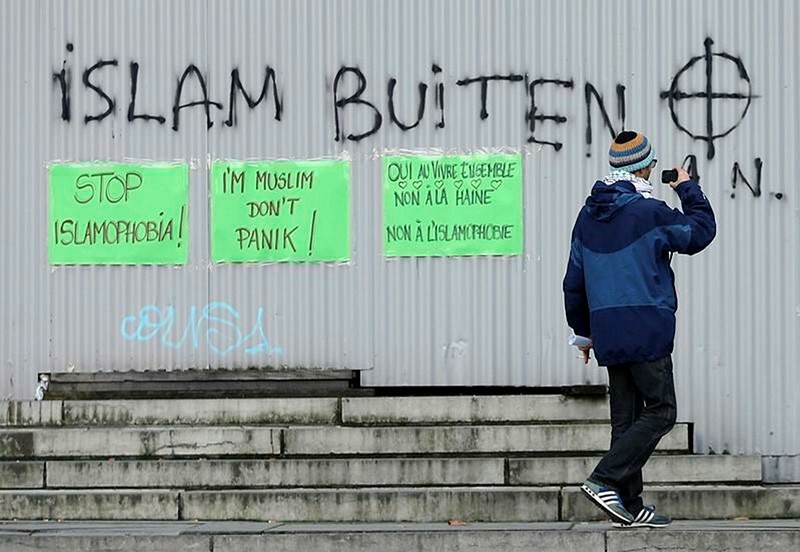 A group of Turkish lawmakers will travel to the heart of Europe to investigate rising Islamophobia on the continent.

Speaking to Anadolu Agency on Thursday, Ömer Serdar, the head of parliament's Human Rights Committee, said that they will hold meetings with state authorities during their visits to Germany, France and Belgium.

Serdar, a senior lawmaker from the ruling Justice and Development Party (AK Party), said that they will discuss the issue of marginalization.

"We will investigate whether authorities take measures against the hostility of Islamophobic discrimination in Muslims' daily lives," said Serdar.

Serdar said after their investigation they will prepare a report.

"After that, we plan to hold a symposium both nationally and internationally," he added.

Germany has witnessed growing Islamophobia and hatred of migrants in recent years triggered by a propaganda from far-right and populist parties, which have exploited fears over the refugee crisis and terrorism.

Some 950 Muslims and Muslim institutions were attacked in 2017, according to the official figures.

At least 33 Muslims were injured in these attacks, which included assaults on Muslim women wearing headscarves and attacks on mosques and other Muslim institutions.

Germany, a country of 81.8 million people, has the second-largest Muslim population in Western Europe after France.

Among the country's nearly 4.7 million Muslims, 3 million are of Turkish origin. Many of them are second or third-generation Turkish families who migrated to Germany in the 1960s and are well-integrated.

"We will try to define Islamophobic issues based on legislation" in the Western countries, said Adnan Boynukara, another top committee member.

He added that they would visit Berlin and Cologne on April 9.

"We will meet with ministry authorities and NGOs. At the end of April, we will hold official talks in France and Belgium."