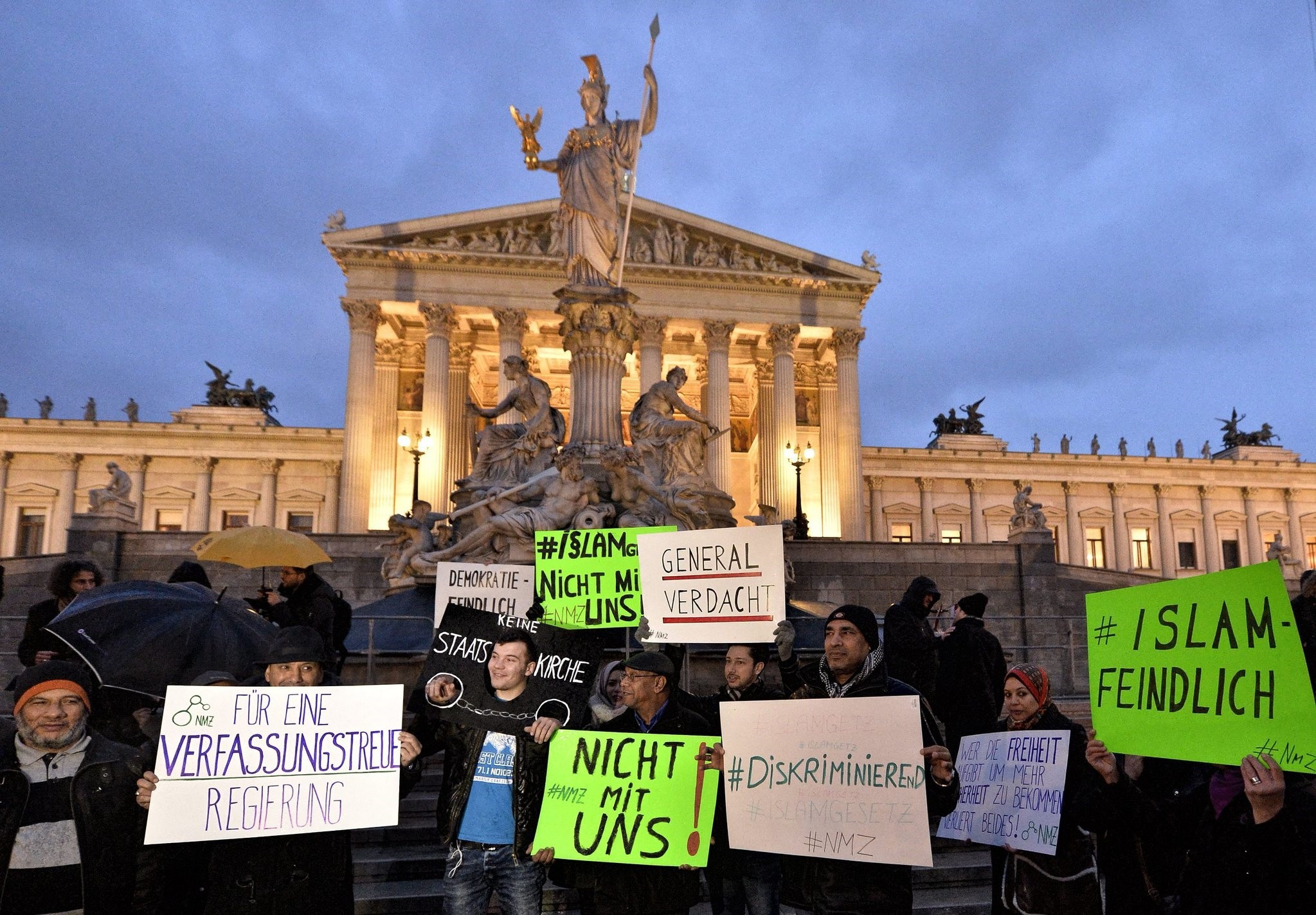 Protesters hold banners during the demonstration under the slogan 'New Islam Law? Not with us!' in front of the parliament building in Vienna (EPA File Photo)
by Anadolu Agency Jan 23, 2019 1:37 am

The European Union is not ready to tackle Islamophobia, according to a foreign affairs expert from a leading Turkish think tank.

"Because of fears of political considerations, European politicians are not ready to tackle this issue seriously," Dr. Enes Bayraklı of Ankara-based Foundation for Political, Economic and Social Research (SETA) told Anadolu Agency on the sidelines of a three-day conference on Islamophobia at Istanbul's Sabahattin Zaim University.

"I don't see in the very near future it will happen, but it has to happen," said Bayraklı who has also been the co-editor of the annual European Islamophobia Report since 2015.

"European Parliament and the E.U. should acknowledge Islamophobia as a form of racism," he added.

Bayraklı said that an increase of Islamophobic policies and attacks have been seen in Europe especially after the beginning of Syrian civil war.

The report revealed 908 crimes, ranging from verbal and physical attacks to murder attempts, targeting Muslims in Germany, as well as 664 in Poland, 364 in the Netherlands, 256 in Austria, 121 in France, 56 in Denmark, and 36 in Belgium.

"What we are seeing is that the far-right discourse is now dominating, unfortunately, the European politics," Bayraklı said.

"The far right discourse about Muslims is normalized," he added.

According to Bayraklı, the majority of the politicians as well as media and political elites are rejecting the notion of Islamophobia.

Bayraklı said that political and judicial recognition of Islamophobia was important.

"Considering these numbers we don't see the outrage of the media and politicians. They are keeping silence about this issue because of the dominance of far-right discourse," Bayraklı said.