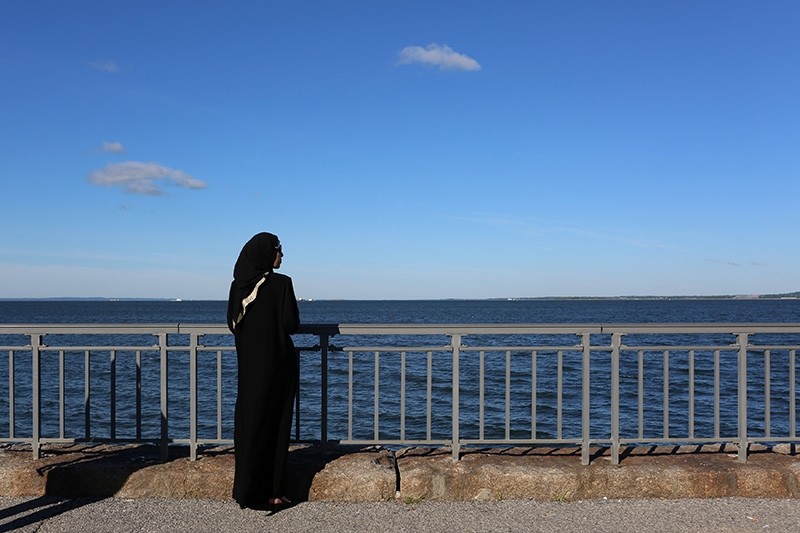 One in four Muslim women wearing a headscarf in New York City has been pushed on a subway platform, a new survey has found.

The survey, released Tuesday by New York's Commission on Human Rights, reveals widespread discrimination and harassment faced by Muslims and other religious minorities in recent years.

Many of the 3,1000 Muslim, Jewish or Sikh respondents said they didn't report the incidents – ranging from bias to physical assault – because they were afraid or doubted they would be taken seriously.

The survey's findings show that between July 2016 and late 2017, almost two in five (38.7 percent) of respondents were verbally harassed. Some 8.8 percent had experienced physical assault.

Nineteen percent of those wearing religious clothing had been shoved on a subway platform, including 27 percent of Muslim women wearing headscarves.

Almost one in six (16.6 percent) reported racial, religious or ethnic discrimination while at work or searching for a job. Ten percent of Muslims were prevented from practicing their religion at work.

Sikhs under the age of 35 were particular targets of discrimination, experiencing verbal harassment twice as often as others surveyed.

Over 70 percent of respondents said they did not report the incidents to the police or anyone else because they didn't think they would be taken seriously, feared retaliation or hadn't received help when reporting earlier incidents.

"No one in New York City has permission to discriminate against or harass others because of who they are, where they pray, or what country they come from," the commission chairwoman Carmelyn Malalis said, as quoted by CNN.

"The NYC Commission on Human Rights takes bias-motivated incidents very seriously and we are dedicated to combating them," she added.

The commission urges witnesses of such incidents to be proactive to intervene on behalf of the target.

One Muslim woman, Souad Kirama, who was physically assaulted by teenage girls in a Brooklyn restaurant last year, recalled: "People were just standing there watching me being beaten up and being called an (expletive) terrorist. Never in my life have I seen this kind of violence and aggressiveness."

"Now more than ever, it is critical that everyone in New York City stands up against discrimination and hate whenever and wherever they see it," Kirama told a news conference.

The commission is looking to create bystander invention trainings and a community-based referral network to report incidents. It has lobbied for more resources to be put toward supporting minorities in the community and through legal avenues so they can understand and realize their rights. The commission also kicked off an ad campaign on social media and a variety of ethnic media outlets this week.