Assault on Toronto Muslim being investigated as hate crime 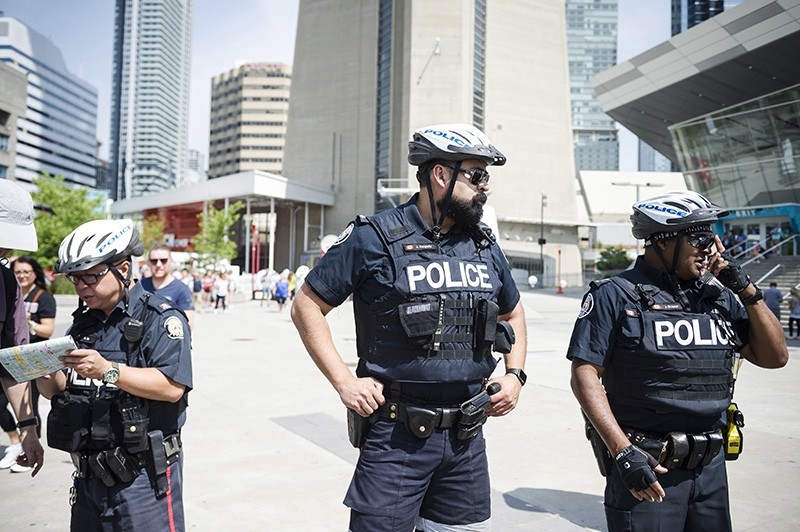 A Muslim father remains in intensive care in a Toronto hospital after a horrific beating that police confirmed Wednesday is being investigated as an anti-Muslim hate crime.

Mohammed Abu Marzouk, 39, and his family – wife and four- and six-year-old daughters – were in their vehicle and about to return home from a picnic near a community center in Mississauga, just outside of Toronto, when two men walking by shouted an obscenity along with "terrorists."

The pair began kicking the car. Marzouk got out and was attacked.

His wife Diana Attar begged for them to stop, then spotted a police car and ran to it for help.

When she returned, her husband was lying on the ground, bleeding profusely from his ear.

Marzouk was rushed to a Toronto trauma center where he was taken into surgery suffering from a brain hemorrhage and multiple fractures received in the Sunday beating.

At first, police designed the beating as resulting from road rage, but upon further investigation authorities late Tuesday changed the incident to a hate crime.

"We were provided information that the initial incident started as a result of the road rage, a dispute that happened in the parking lot," Peel Regional Police spokesperson Akhil Mooken said. "Witnesses subsequently came forward and talked to investigators and provided them with some statements that were made while the incident was unfolding by the two arrested and charged males."

Two brothers aged 19 and 27 have been charged.

"They were calling them Arab terrorists, so clearly their religion, their ethnicity was playing a part in that," said Ibrahim Hindy, imam of the Dar At-Tawheed mosque where the Marzouk family are members. "We have to be concerned about hate against any community, but this is a significant issue that's happening."

Hindy pointed out that hate crimes reported to police in Mississauga substantially increased last year. There were 158 cases in 2017, up from 59 in 2016. Of those, the highest number, 57, were directed toward Muslims.

"We as a society have to start recognizing the fact that hate is alive here," he said.

Police have said the 2017 spike may be a result of more awareness of hate crimes and a resulting surge in the number reported to police, as well as an increase in far-right groups that espouse hate.