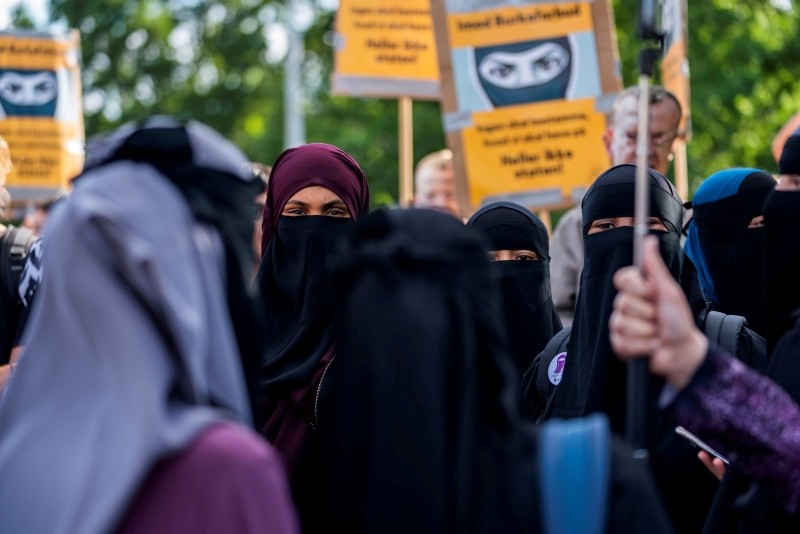 The group ,Kvinder i Dialog, takes part in demonstration against the first fine given for wearing the face veil, niqab, in Copenhagen, Denmark August 10, 2018. (Reuters Photo)
by Anadolu Agency Jan 23, 2019 1:37 am

Denmark has been discussing adding jail terms to a controversial ban on the wearing of face veils in public that came into force on Aug. 1.

Rachid Nekkaz, a French business executive of Algerian origin, has launched a fund against the burqa ban, which he called "illegal", and has paid fines of over 500 women who defied similar bans in six countries.

"You may pay fines for others, but you cannot serve terms for others," said Martin Henriksen, the immigration and integration spokesman and DF lawmaker.

According to a 2010 study by the University of Copenhagen, only 150-200 women wear the Islamic face veil in Denmark and only three women wear the burqa.

It is estimated that Muslims account for about 7 percent of Denmark's population of 5.7 million.