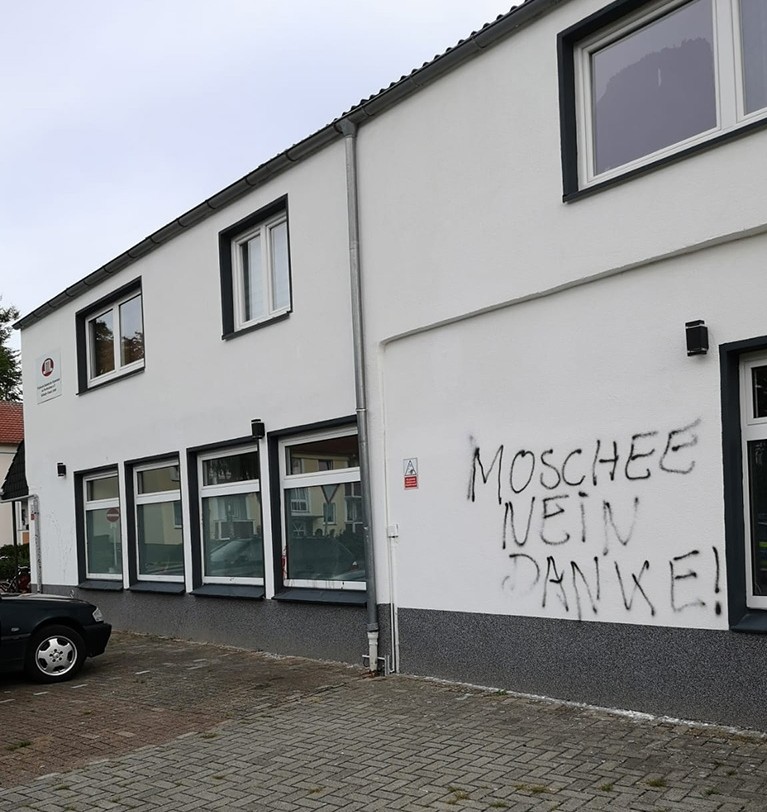 A mosque in northwestern Germany's Lower Saxony state was attacked early Monday by unidentified assailants who defaced the building with racist slogans and left pork products on the property.

The attack on Selimiye Mosque, affiliated with the Turkish Islamic Union (DITİB), took place early Monday morning in the city of Nordenham.

Delmenhorst police, who opened an investigation into the incident, said the attackers used black paint to write racial slurs on the windows and that various foods made from pork were left there.

Idris Aksüt, a member of the Selimiye Mosque Association, told journalists that they had locked up the mosque after the night prayer Sunday evening and had not noticed anything unusual.

"The ugly assault happened at 4 a.m. this morning. An unidentified person or people wrote ugly sayings on the newly-cleaned up walls and windows of our mosque and threw pork sausages and minced meat," Aksüt said.

He added, however: "Those who want to deter us from our path will not succeed."

Aksüt said he hoped police – who were given the mosque's security camera footage – would be able to shed light on the incident as soon as possible.

Dozens of mosques have been attacked in Germany this year, amid rising Islamophobia and increased activity by members of the PKK terror group in the country.