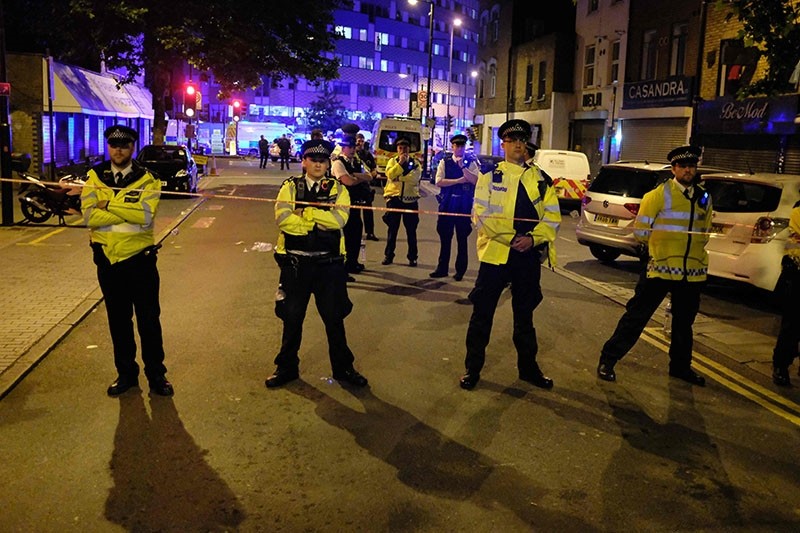 British police have launched an investigation after three people were injured in a collision near a Muslim community center in northwest London, a statement said Wednesday morning.

The statement said police are treating the incident outside the Al-Majlis Al-Hussaini Centre at the junction of Oxgate Lane and Edgware Road as a hate crime.

"Two people were taken to hospital for treatment; two of those injured are males in their twenties," Scotland Yard, the headquarters of the London Metropolitan Police, said.

One of the men, in his fifties, remains in hospital and is being treated for a serious leg injury.

"Police have established that at approximately 12:20 a.m. security at the community center were informed of occupants in a car behaving anti-socially, drinking and allegedly using drugs," according to the police.

The car drove near the center and "comments of an Islamophobic nature were allegedly made by the group in the car."

"The car then reportedly sustained minor damage by some of those outside the center. It proceeded to make off at speed, colliding with three individuals as it left."

Appealing for information from the public, the police also said the "incident is not being treated as terror related but a hate crime."

"We are treating this incident very seriously and a number of inquiries are underway to trace the car and those involved," Kelly Schonhage from Brent police said.

"Inquiries into the full circumstances of the collision are ongoing," she added.

The driver was a male and three passengers -- two males and a female -- were of Caucasian origin, according to eyewitnesses.

"They were heard shouting anti-Islamic taunts at the crowd before they started their attack," the Hussaini Association said.

London Mayor Sadiq Khan tweeted Wednesday: "We have a zero-tolerance approach to hate crime in London. Places of worship - for people of all faiths - must remain safe."

We have a zero-tolerance approach to hate crime in London. Places of worship – for people of all faiths – must remain safe.


Last year a similar attack killed Makram Ali, 51, and injured a dozen others when far-right extremist Darren Osborne plowed into a crowd of Muslim worshippers outside the Muslim Welfare House in Finsbury Park, London.

This February Osborne was jailed for life with no chance of parole for 43 years for murder and attempted murder.