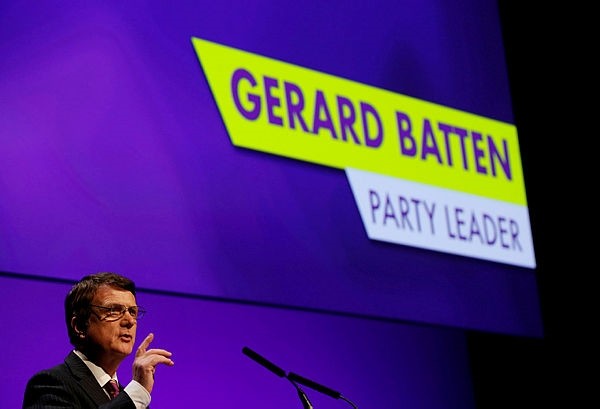 Britains UK Independence Party (UKIP) presented plans Friday to establish all-Muslim prisons, enhanced screening for migrants coming from abroad and to abolish some equality and anti-racism laws at a conference in Birmingham.

The party has claimed extremism is "actively fostered" in jails, where "Muslim gangs hold sway" and "non-Islamic prisoners are converting for their own protection."

"UKIP would build new prisons as necessary to accommodate the number of persons convicted of imprisonable crimes," it added.

The UKIP manifesto includes the abolition of the category of hate crime in the U.K., alongside with the Equalities and Human Rights Commission and the government's equalities office.

The document is understood to have taken far-right English Defense League (EDL) and Britain First movements' policies, as it also calls for a national inquiry into the so-called grooming gangs, which it describes as "one of the greatest social scandals in English history".

The sharper shift to the far-right of the party has initiated with the presidency of Gerard Batten who allied himself with former EDL leader Tommy Robinson after taking over the leadership from Henry Bolton in April.

Tommy Robinson is a far-right figure known with his anti-Islamic campaign in the UK.

Speaking to the British press, party's ex-leader Nigel Farage warned that Batten needs "to be careful what company he keeps".

"My concern with all of these groups is that that argument spills into an argument against an entire religion," Farage told Sky News.

The UKIP manifesto also calls for a wider crackdown on immigration, and says the arrivals from Muslim countries should face a "security-based screening policy" to check their views.

UKIP was "determined to protect our freedom of speech and the right to speak our minds without fear of the politically correct thought police knocking on our doors," Batten said when he introduced the manifesto.

The party conference will discuss to scrap a ban on membership to UKIP of members of far-right organizations.

The UKIP holds no seats at the House of Commons and lost all but three of their 126 local council seats at the local elections in 2018.