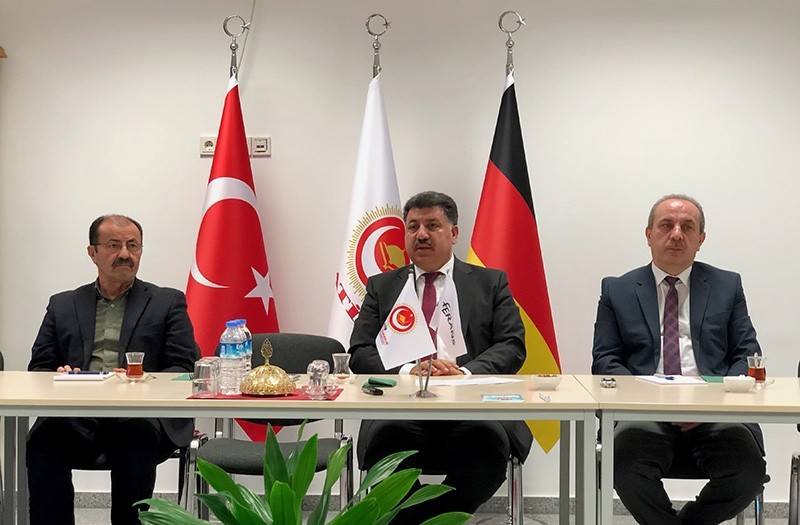 Turkish-Islamic Union in Europe (ATIB) on Sunday criticized some Western countries, including Germany, for remaining idle in the face of increasing attacks on mosques.

Speaking to media at the union's headquarters in Cologne, Durmuş Yıldırım, head of ATIB, said that racial attacks and pressures on Turkish mosques and foundations increased in 2018.

"I think assailants will be rounded up if it is wanted," Yıldırım said.

"After all these incidents, it is not fair that assailants are not caught, or freed after rounding up. There are no deterrent penalties on this," he added.

Yıldırım said the union thinks the mosque attacks are being "ignored," given Germany's adept intelligence system, which likely knows who is committing the crimes.

On Dec. 30, an under-construction mosque in western Germany's Duisburg city was attacked by unidentified assailants, who defaced the building with racist slogans.

Yıldırım also stressed the importance of preserving the Turkish language and culture among immigrant families.

In recent years, the country has seen growing Islamophobia and hatred of migrants triggered by propaganda from far-right and populist parties.