US man arrested for racist threats to kill congressional Democrats, including Omar 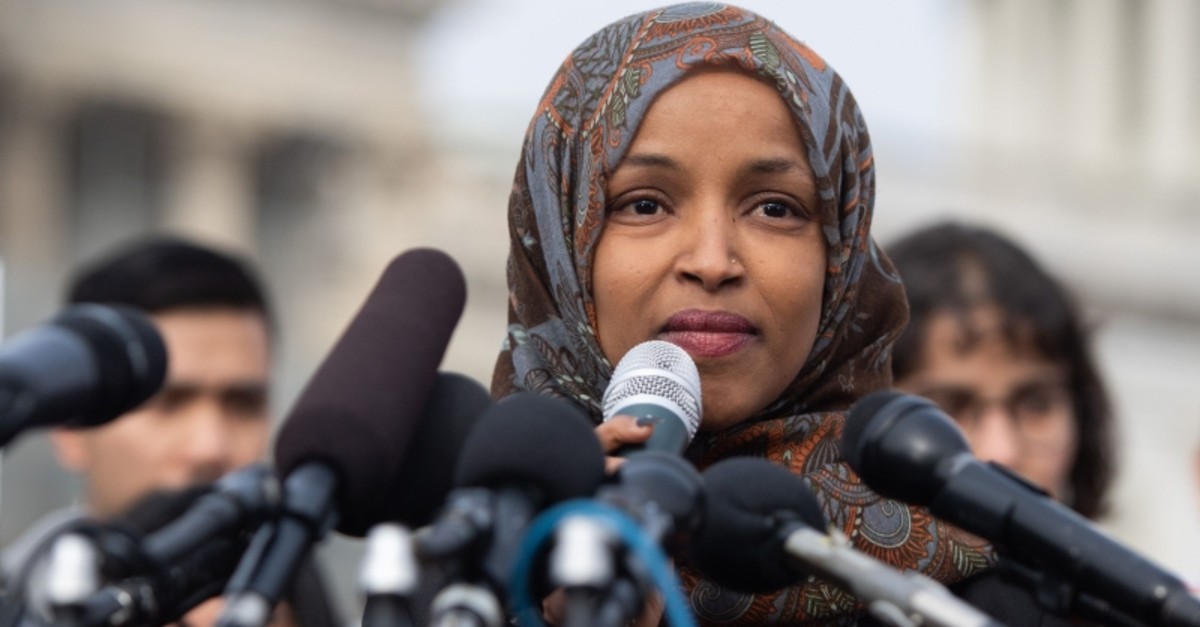 In this file photo taken on February 7, 2019 US Representative Ilhan Omar, Democrat of Minnesota, speaks during a press conference calling on Congress to cut funding for US Immigration and Customs Enforcement (ICE) (AFP File Photo)
by Anadolu Agency Apr 19, 2019 11:28 pm

A man in the state of Florida was arrested by authorities after making threatening comments to multiple congressional Democrats, including Ilhan Omar, who he called a "Taliban [expletive]," according to multiple reports.

"It was your Taliban b***h, the one who opened up her f***ing towel head mouth about how 'some people did it,' " authorities said Kless conveyed in his message to Tlaib, according to a court records submitted Thursday obtained by The Hill.

The Democrat from Minnesota, along with Michigan's Tlaib, is one of the first two Muslim women elected to Congress, and has faced a flurry of attacks since taking office this year.

"You know what? She's lucky she's just getting death threats, b***h. So are you. All right? You're lucky they're just threats. Motherf***er. 'Cuz the day when the bell tolls, [expletive], and this country comes to a war, there will be no more threats. Your life will be on the f***ing line," Kless was alleged to have said.

"There's people like me out there, millions and millions of us who hate you motherf***ers, man, for what you done on 9/11, I blame all of you, because all of you had a f***ing part in on it."

Last Friday, U.S. President Donald Trump tweeted a video of a speech delivered by Omar, referencing the congresswoman's "some people did something" comments that were made in discussing how Muslims should not be treated as second-class citizens because of the Sept. 11, 2001 terrorist attacks.

Many critics, however, focused on her use of the phrase "some people did something," suggesting she downplayed the attacks.

The president's tweet mixed in footage from the attacks with parts of the speech.

The Muslim congresswoman said she has faced more death threats since the president posted the tweet, sparking criticism that Trump is condoning harmful attacks against the country's own elected officials.