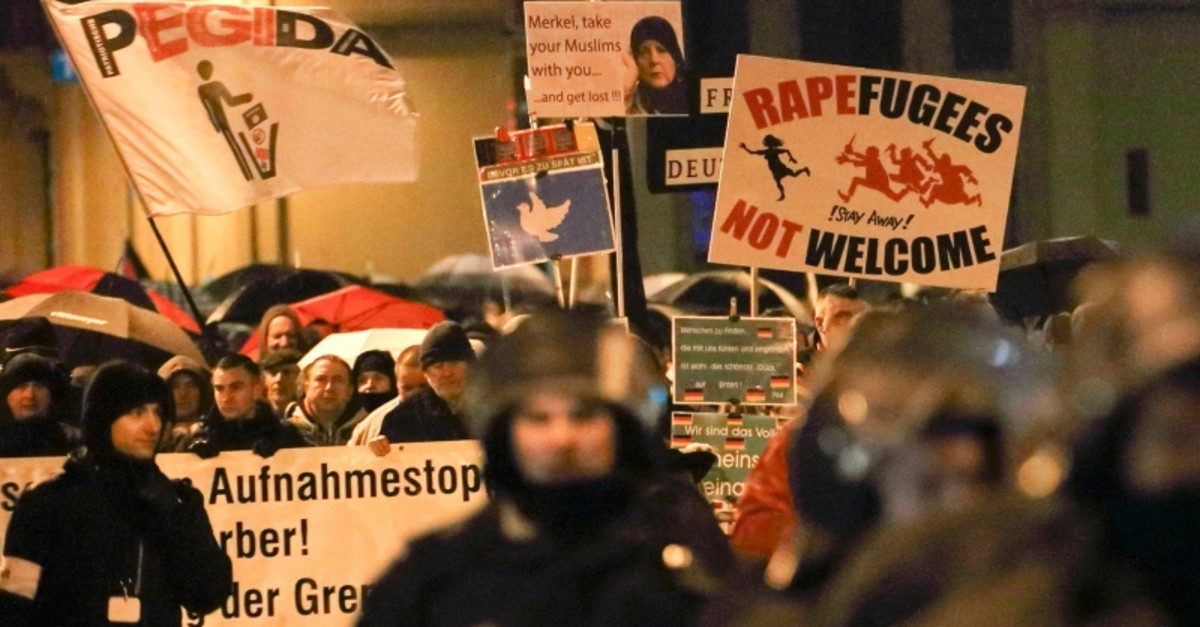 Some 54.1% of Germans are prejudiced against asylum seekers, while 18.7% hold anti-Muslim views, according to a study by the Friedrich Ebert Foundation (FES).

Anti-Muslim views were particularly strong among the supporters of the far-right Alternative for Germany (AfD) party.

Some 66% of AfD supporters agree with anti-Muslim viewpoints, the research showed.

Prejudice and negative views against Muslims were stronger among Germans living in the former communist East Germany.

Almost 19% of those surveyed approved of xenophobic statements, while 5.1% agreed with anti-Semitic statements.

The research was based on a nationally representative survey carried out between September 2018 and February 2019.