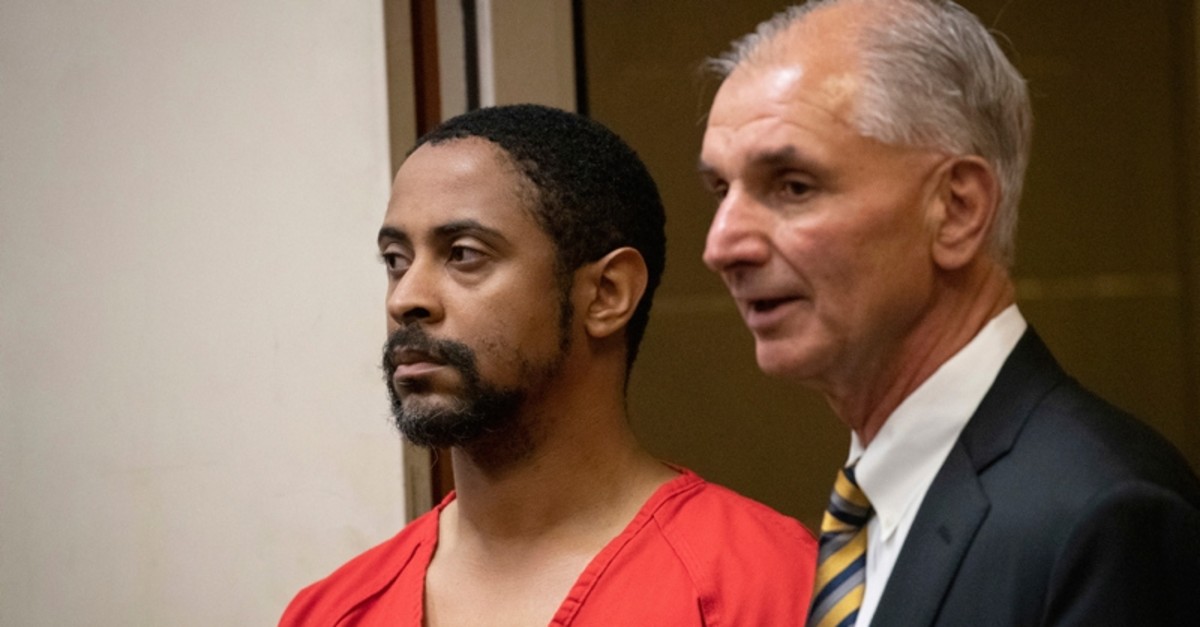 Isaiah J. Peoples appears for his arraignment in Santa Clara County Superior Court as his attorney, Chuck Smith, stands at his side on Friday, April 26, 2019, in San Jose, Calif. (AP Photo)
by Daily Sabah with Agencies Apr 28, 2019 11:02 pm

The U.S. Federal Bureau of Investigation has opened a hate crime probe into an army veteran who rammed his car into pedestrians in Sunnyvale, California, because he thought they were Muslims.

The attack happened on Tuesday and left eight people injured. The most seriously injured of the eight is a 13-year-old Sunnyvale girl who is of South Asian descent. She remains in critical condition and is in a coma, with part of her skull removed to relieve pressure.

The driver, identified as Isaiah Joel Peoples, 34, "intentionally targeted the victims based on their race and his belief that they were of the Muslim faith," said Sunnyvale Department of Public Safety on Friday.

Peoples, who was arrested at the scene, is charged with eight counts of attempted murder.

The FBI confirmed Saturday that the incident is being investigated as a federal hate crime, an action lauded by Sunnyvale's Muslim community.

"It sends a strong message from the perspective of the federal government that they are going to take a stand against violence that is potentially motivated by bias," the special counsel for anti-Muslim bigotry for Muslim Advocates, Madihha Ahussain, told the San Francisco Chronicle.

Peoples was ordered held without bail at his first appearance in court Friday, according to the Chronicle.

"The defendant said nothing during the brief appearance in Judge Richard Loftus' courtroom at the Santa Clara County Hall of Justice in San Jose," the Chronicle said.

Prosecutors have not filed hate crime charges in the case, but such charges would be filed so "if the investigation yields enough evidence," chief assistant district attorney Jay Borarsky told the newspaper.

"There is very appalling, disturbing evidence that at least one or two of these victims were targeted based on the defendant's view of what their race or religion may have been," he said. "We have zero tolerance for any sort of hate crime."

The newspaper said Chuck Smith, Peoples' attorney, disputed the accusations and said his client did not intentionally run down anyone. Smith said the crash was the act of a mental disorder or defect.

Muslims in the U.S. were the target of nearly 19% of religiously motivated hate crimes, according to FBI data released in 2018.