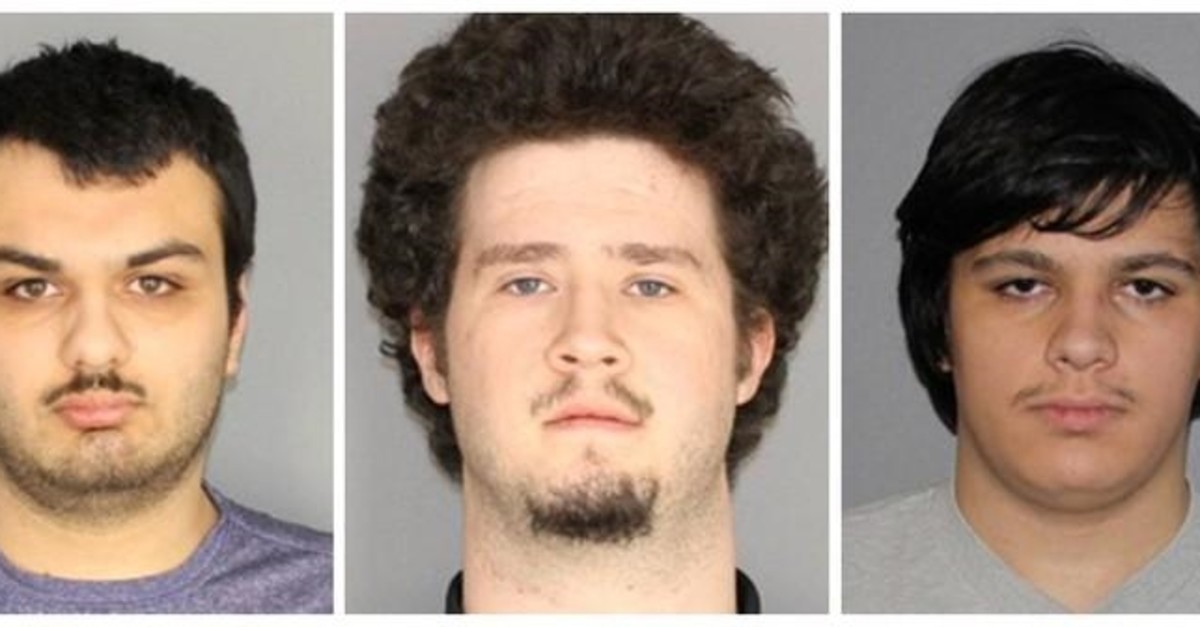 The three men and a 16-year-old high school student from the Rochester area were arrested in January and accused of planning to attack the community of Islamberg, near Binghamton. Police have said the defendants had access to 23 rifles and shotguns and three homemade explosives.

Investigators uncovered the plot after a student reported a suspicious comment in a lunchroom.

Vincent Vetromile, 19, pleaded guilty to first-degree attempted criminal possession of a weapon. He faces seven to 12 years in prison.

"Mr. Colaneri and Mr. Crysel both admitted to conspiracy, they both admitted to agreeing to ... essentially kill members of the Islamic community in Islamberg," assistant district attorney Matthew Schwartz told reporters outside of court. "And Mr. Vetromile, he admitted to his role as it related to the acquiring, if you will, the various explosive devices."

Lawyers for Vetromile and Colaneri said the plea deals were contingent on no federal charges being filed against their clients.

The case of the 16-year-old high school suspect was being handled in a youth criminal court.

Islamberg is a rural community of about 200 residents. Police and community members have dismissed accusations that the Muslims of America enclave is a terrorist training ground.

In 2017, a Tennessee man was convicted of federal charges for what authorities called plans to burn down Islamberg's mosque.