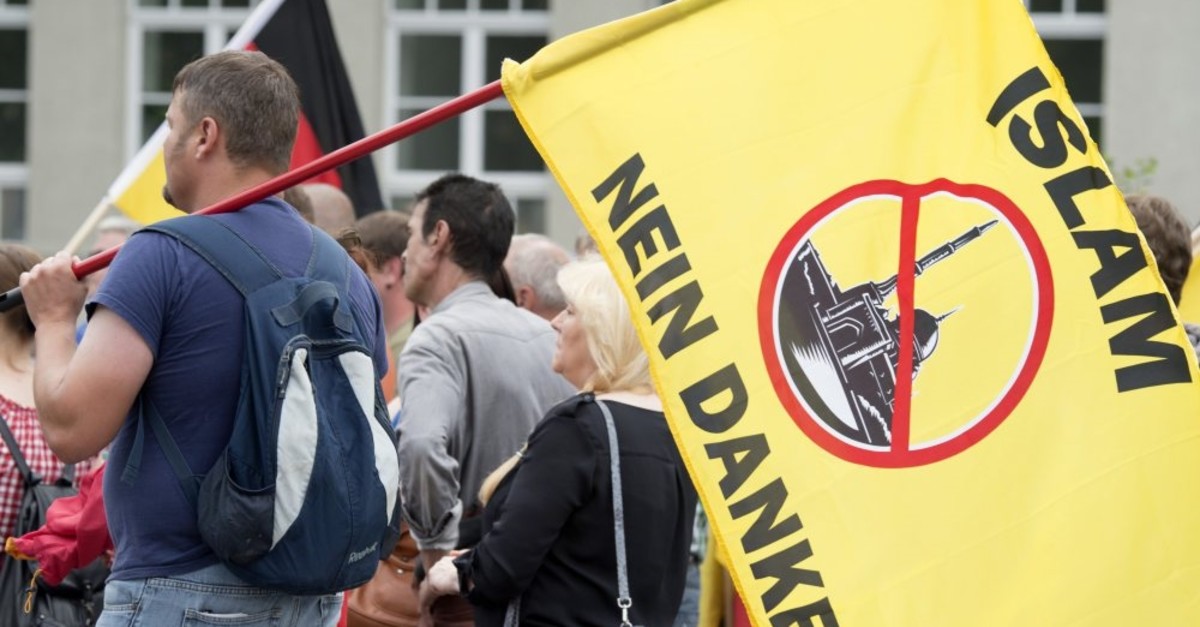 Around half of the German population has negative feelings toward Islam, according to a new study, revealing the growing intolerance for the Muslim community in the country

Prejudice against Muslims is now deeply rooted in Germany with one-in-two Germans considering Islam a valid threat, according to a study published Thursday.

Research by the Bertelsmann Foundation found deficits in religious tolerance in the country, with Islam in particular being perceived negatively by many.

"Dogmatic, rigid beliefs and intolerance toward other religions could be detrimental to democracy in the long term," the study said.

The Bertelsmann Foundation regularly examines the significance of religion for social cohesion via representative opinion polls in the "Religion Monitor" report. The report suggested that this negative perception toward the Muslim community has "consistently taken root" over a couple of years and that the prejudice is stronger in the eastern region, where far fewer Muslims live. The rate of those who perceive Islam as a threat is a staggering 57 percent in eastern Germany, whereas this number drops to 50 percent in the west of the country. Some 30 percent of those in the east went as far as to say they did not want a Muslim for a neighbor, as opposed to 16 percent in the west.

Germany has witnessed growing Islamophobia in recent years triggered by the propaganda of far-right parties. More than 100 mosques and religious institutions were attacked in 2018. Police recorded 813 hate crimes against Muslims last year, including insults, threatening letters and physical assaults. At least 54 Muslims were injured in the attacks. Germany, a country of over 81 million people, has the second-largest Muslim population in western Europe after France. Among the country's nearly 4.7 million Muslims, 3 million are of Turkish descent. Many Germans of Turkish descent are second and third-generation descendants of Turkish immigrants who moved to the country during the 1960s.

At least three mosques across Germany received email threats on Thursday, prompting officials to evacuate the buildings and increase the security measures. Two mosques in the southern German state of Bavaria were evacuated after their staff received emails apparently from a far-right group which threatened to kill Muslims and demanded the release of its members from prison.

Considering the problem of racially motivated strings of attacks, the country has been showing increasingly hostile attitudes toward immigrants, the Muslim community and other minorities such as the Roma, according to a study published last November. Based on a report by the Leipzig-based Competence Center for Right-Wing Extremism and Democracy Research, more than one-in-three Germans think foreigners come only to exploit the welfare state. Around 2,000 attacks were reported last year in Germany, targeting refugees and their dormitories. In response to a question by the Left Party, the German interior ministry reported that the criminal acts recorded ranged from insults, damage to property and physically assaulting people, according to a report by Deutsche Welle. The report also revealed that a significant number of crimes were committed by those with extreme-right views.