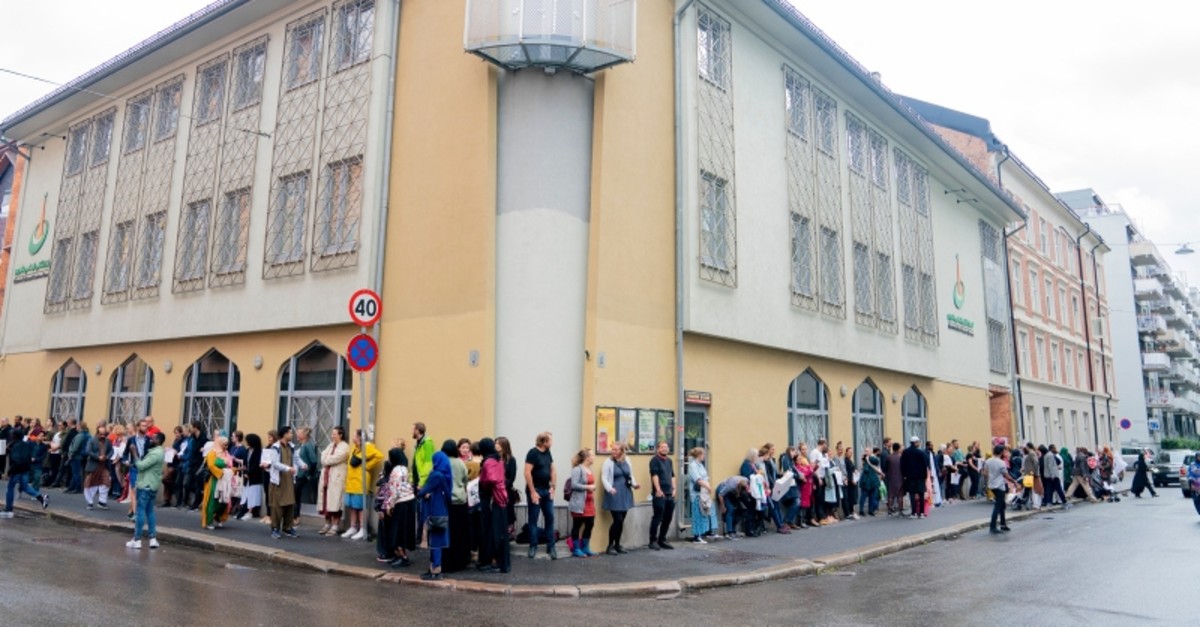 A Norwegian accused of killing his stepsister and opening fire at a mosque near Oslo is suspected of a terrorist act and murder, police said Monday, allegations he rejects. He appeared in court on Monday.

The man, identified by media as 21-year old Philip Manshaus, is formally suspected of murder in the death of his 17-year-old stepsister, and of a "terrorist act" at the Al-Noor mosque on Saturday, police said in a statement.

In Norway, being formally named as a suspect is a step prior to indictment.

Manshaus appeared in the Oslo court with two black eyes and scrapes and bruises on his face, neck and hands, probably obtained when he was overpowered at the mosque.

Police asked the court to detain the suspect in custody in isolation for four weeks. The judge was expected to announce a decision later Monday.

Manshaus meanwhile asked to be released, his lawyer Unni Fries said after the hearing.

"He rejects the allegations and exercises his right to not explain himself," she said.

The suspect is accused of entering the mosque in the affluent Oslo suburb of Baerum armed with at least two weapons and opening fire before being overpowered by a 65-year-old man who suffered minor injuries.

Hours after the attack, the body of a young woman was found in a home in Baerum and police on Sunday confirmed it was the suspect's 17-year-old stepsister.

According to local media, she was of Chinese origin and had been adopted by the companion of the suspect's father.

Shortly before the mosque attack, a person identifying himself as Philip Manshaus had posted a message on the EndChan forum calling on readers to move a "race war" off the web and into real life ("irl").

The author said he was selected by "saint tarrant," an apparent reference to the New Zealand mosque attack suspect Brenton Tarrant, accused of killing 51 people in attacks on two mosques in Christchurch in March.

EndChan confirmed on Twitter that a man "claiming to be the Oslo shooter" had posted material on the forum.

The post ended with the words "Valhalla awaits," a reference to the afterlife for those who have died in battle in Norse mythology.

The shooting follows a rise in white supremacist attacks, including the recent El Paso massacre in the United States.

The Oslo attack took place on the eve of the Islamic celebration of Eid Al-Adha, marking the end of the Hajj pilgrimage, stoking fears among Norway's Muslims.

Turkey on Monday voiced concern over the attack.

"Thanking Prime Minister Erna Solberg for her sincere and courageous message against rising racism and Islamophobia in the world. Can only overcome this problem by fighting together," he added.

In July 2011, rightwing extremist Anders Behring Breivik, who said he feared a "Muslim invasion," killed 77 people in a truck bomb blast near the government offices in Oslo and a shooting spree at a Labour Party youth camp on the island of Utoya.

Norwegian police said they had been in contact with the Oslo mosque attack suspect prior to Saturday's shooting amid concerns over what he was posting online.

In Norwegian media, neighbors and acquaintances have meanwhile described the suspect as a happy and well-adjusted person, but whose behavior had changed during the past year.

Her coalition government includes the populist Progress Party, which has in its ranks some members accused of harboring xenophobic sentiments.