Over 10K anti-Muslim incidents recorded in the US since 2014, report reveals 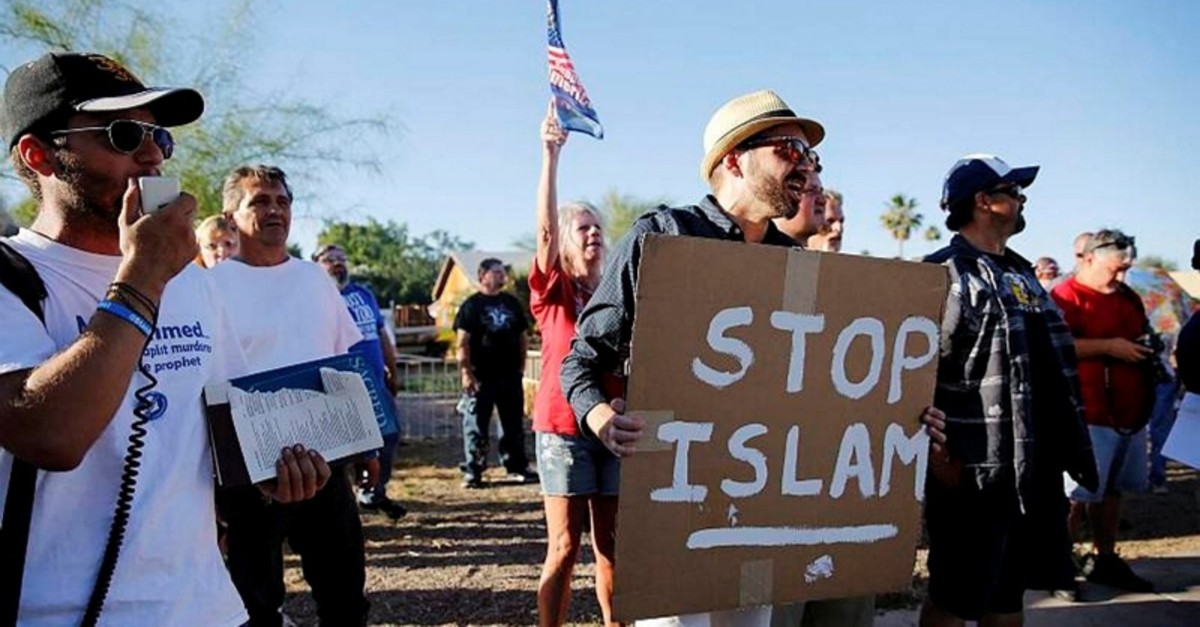 The Council on American-Islamic Relations (CAIR) has recorded a total of 10,015 "anti-Muslim bias incidents" since 2014.

In the report released Monday, the U.S.' largest Muslim civil rights and advocacy body said the trend shows a steady increase in the number of the incidents but saw an initial hike after Donald Trump entered election races in 2015.

"Not only did the number of bias incidents increase, the violent nature of the incidents also jumped," read the report, The Bias Brief. "From 2014 through June of 2019, CAIR chapters across the country recorded a total of 1,164 anti-Muslim hate crimes, including physical assault and property damage."

"This can be attributed to the Muslim Ban Executive Order, which was signed within the first 10 days of the Trump presidency," it said.

In the first half of this year, CAIR recorded 759 anti-Muslim bias incidents.

The report identifies the most frequent type of abuse as harassment, after employment discrimination, bullying, intimidating, among others.

"The overall trend in federal agency-instigated incidents demonstrates that the FBI is the most common type of federal government agency for which American Muslims report acts of bias, accounting for almost half of the total number of cases: 1,177 total bias incidents," said the report.