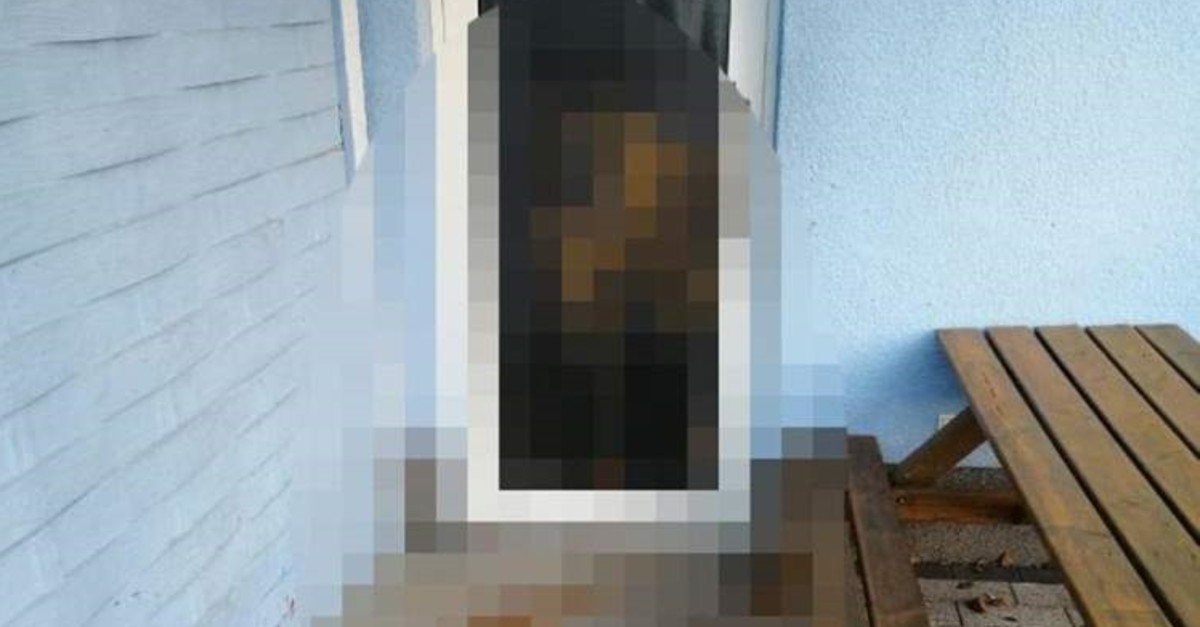 Suspects dirtied the entrance of the mosque in Wassenberg, smearing it with feces. (DHA Photo)
by Daily Sabah with DHA Nov 01, 2019 7:03 pm

Attacks targeting mosques in Germany are showing no sign of halt, with the Selimiye Mosque located near Cologne being the latest to be targeted in disparaging attacks.

The group of suspects, who have not yet been identified, dirtied the entrance of the mosque in Wassenberg, smearing it with feces, media reports claimed on Thursday.

The attack was noticed by worshippers entering the mosque who later alerted the police.

The mosque operates as part of the Turkish-Islamic Union for Religious Affairs (DITIB).

Süleyman Börek, chairman of the Selimiye Mosque Association, said that the mosque had been targeted before, and demanded authorities detained the suspects. Police have launched an investigation into the incident.

Previously on Wednesday, construction workers at a mosque in the German city of Schwelm found a pig's head at the site.

Mosques in Germany, where anti-Muslim sentiment has risen in response to an influx of Muslim refugees, are occasionally subject to attacks, ranging in form, from the throwing of Molotov cocktails to the placing of pigs' heads outside. German police have been criticized for their failure to identify the suspects.

Another possible reason for the recent rise in attacks on Turkish establishments and places of worship is Turkey's counterterrorism operation in northern Syria. Supporters of the PKK terrorist organization, and its Syrian offshoot, the People's Protection Units (YPG), have been terrorizing Europe under the auspices of "protests" against Turkey's Operation Peace Spring.

A wave of attacks by PKK supporters began a day after Turkey launched the operation on Oct. 9, aiming to drive the YPG away from its border with Syria.